The Young and the Restless Spoilers: Phyllis Has Dirt On Adam – Will She Take Him Down Or Blackmail Him? 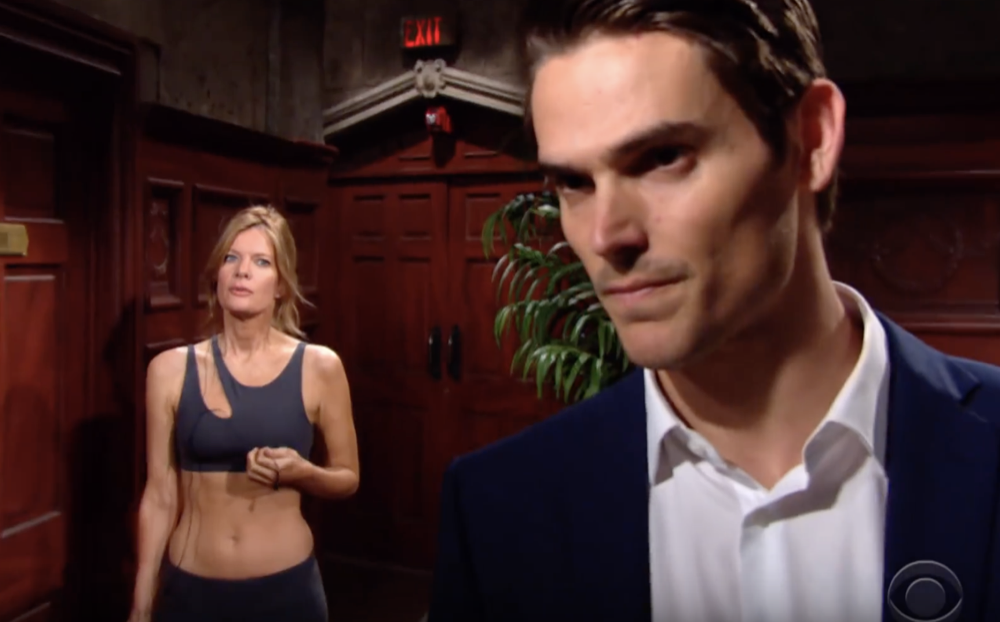 The Young and the Restless spoilers tease that Phyllis Summers (Michelle Stafford) has a new target on Adam Newman (Mark Grossman). Now that Phyllis is back from Las Vegas, she’s been spending a lot of time digging into Adam’s time there as his alter-ego Spider. And apparently, she’s got a lot of information to share for anyone who might be interested, including Nick Newman (Joshua Morrow). Here’s what you need to know.

Knowing how Phyllis operates, she might end up doing one of two things. She can either use what she knows to take him down or force him to help her with her own agenda. The Young and the Restless head producer and writer Josh Griffith tells CBS Soaps in Depth in an interview, “Phyllis believes that Adam was behind her kidnapping, so she thinks he’s crossed the line and is ready to fight him at his own game.”

But on the other hand, Phyllis has got her flaws, too. She’s made plenty of mistakes in the past several months and according to some of her critics, she just keeps digging a deeper hole for herself. Despite this, Adam does see all of Phyllis’ interesting qualities along with her good side and her bad side. And he plans on using that to his own advantage.

The Young And The Restless Spoilers: Billy’s Grief Overwhelms Him – Will He Resort To Deadly Revenge?

Griffith adds, “Adam sees Phyllis as a worthy opponent and someone who is a kindred spirit. But that doesn’t mean he trusts her!”

The Young and the Restless spoilers tease that when Phyllis confronts Adam about what he was doing in Las Vegas – including his possible connection to someone who once lived in Genoa City – Adam will realize just how formidable his brother’s ex might be as an adversary.

But then again, Adam hasn’t spent all that time in Las Vegas without learning a trick or two. If there’s anyone who has a good poker face going on right now, it’s definitely Adam. Viewers can definitely prepare for quite a mind game between Adam and Phyllis in the coming weeks. Of course, fans will simply have to tune in to find out what happens next!