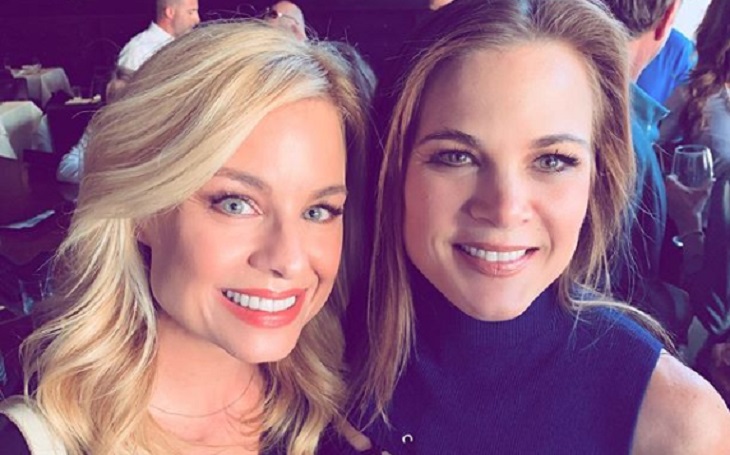 Fans of Jessica Collins went wild after the actress posted on Instagram teasing her return on a certain show. Collins said, “All smiles today at work, reprising one of my favorite roles! Love reuniting with this cast and crew and can’t wait to share the details with all of you. Stay tuned!”

Many of her followers now think that she might return to CBS’ “The Young and The Restless” as Avery Bailey Clark. She was last seen playing the role in 2015. Although the show is keeping things tightly under wraps, it’s been made known that the soap plans to revamp the sudser. Also, with Michelle Stafford’s recent return to the soap as Phyllis Summers, there’s a possibility that Collins might make a comeback as well.

Young And The Restless Spoilers – Is Jessica Collins Returning?

In 2015, viewers may recall that Collins gave her fans some insight as to why she decided to leave the show. “I’ve been disappointed with the story and the direction and integrity of my character for quite some time, but I was still hopeful we might all be able to turn it around. Then my contract was up for renewal and I wasn’t happy with their offer. I was told there was no room for discussion, which made me realize there wouldn’t be much discussion for the character, either,” she explained.

Collins added that what made her decision to leave more difficult was her desire to stay. She went on to say that things didn’t go well after her agent presented the show with solutions if they wanted her to stay in the soap.

All smiles today at work, reprising one of my favorite roles! Love reuniting with this cast and crew and can’t wait to share the details with all of you. Stay tuned! 😘🎬❤️

“I had to be really honest with myself, and the reality is… Avery isn’t the character I originally fell in love with playing. And although I was trying my best to make it work, I wasn’t enjoying this new version of her. I went with my gut. It was time to move on.”

Young And The Restless Spoilers – Is Avery Returning To Genoa City?

Despite what happened, Collins described her experience in the sudser as “an amazing ride,” and is grateful for the four long years she got to spend in Genoa City.

Could “The Young and The Restless” have found a way or perhaps created a new storyline that would make Collins want to return to the soap? Or is Collins reprising a role in a different show?