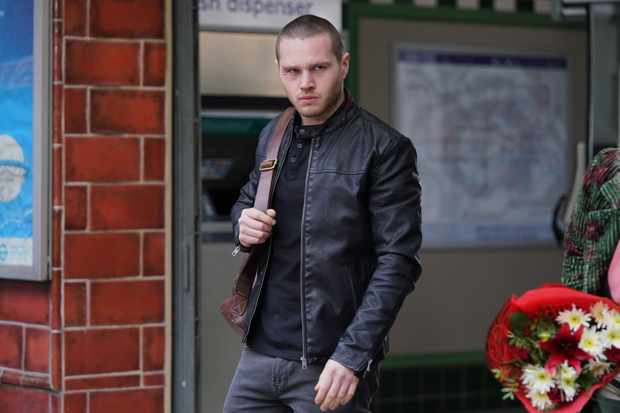 It’s been one huge mess after another for Keanu Taylor (Danny Walters) and he is bound to get into more trouble as he asks for another job from Phil Mitchell (Steve McFadden). With the news of Louise Mitchell’s (Tilly Keeper) pregnancy, his recent kidnapping, the idea that he might be the father of Sharon Mitchell’s (Letitia Dean) baby, and the pressure of having to earn more for his baby’s future, Keanu won’t be getting a break from all his problems any time soon.

It’s been revealed that he’s bad luck will continue as things end in a massive disaster when Phil sends him off for another job. Instead of impressing Louise and her family, it seems like they’ll be shaking their heads once they find out what he’s gotten himself into this time.

Keanu wants to be there for his pregnant girlfriend and be able to take care and provide for their unborn child. He will feel the pressure of having to prove himself to the Mitchells as he moves in with them so he can be closer to Louise and the baby even though Ben Mitchell (Max Bowden) doesn’t think he is ready or committed to raising his own family.

Viewers may recall that Ben Mitchell tried to make Louise doubt her future with Keanu when he didn’t show up for her baby scan. Ben accompanied his sister to her appointment at the hospital but he also enjoyed the fact that Keanu wasn’t there. He pointed out Keanu’s lack of commitment as the reason why he’s absent. But what he didn’t know was that Keanu was kidnapped by Sharon and his mother Karen Taylor (Lorraine Stanley).

The two ladies worked together to kidnap Keanu and make him think he was going to die. The instigated the kidnapping after Keanu decided to tell Phil about his affair with his wife and that Sharon’s baby could be his. Sharon and Karen didn’t want this to happen so the knocked him out cold and tied him to a chair in an abandoned building.

Eventually, Sharon showed herself and explained to Keanu that she just wanted to frighten him and make him realize the extent Phil would go to if he finds out the truth. Sharon warned Keanu and told him that they can never speak about the affair or about her baby, which could probably be his, once again.

What kind of trouble is Keanu in now? Will Louise forgive him if he got involved yet again in another crime? Will Phil ever find out about his affair with Sharon?