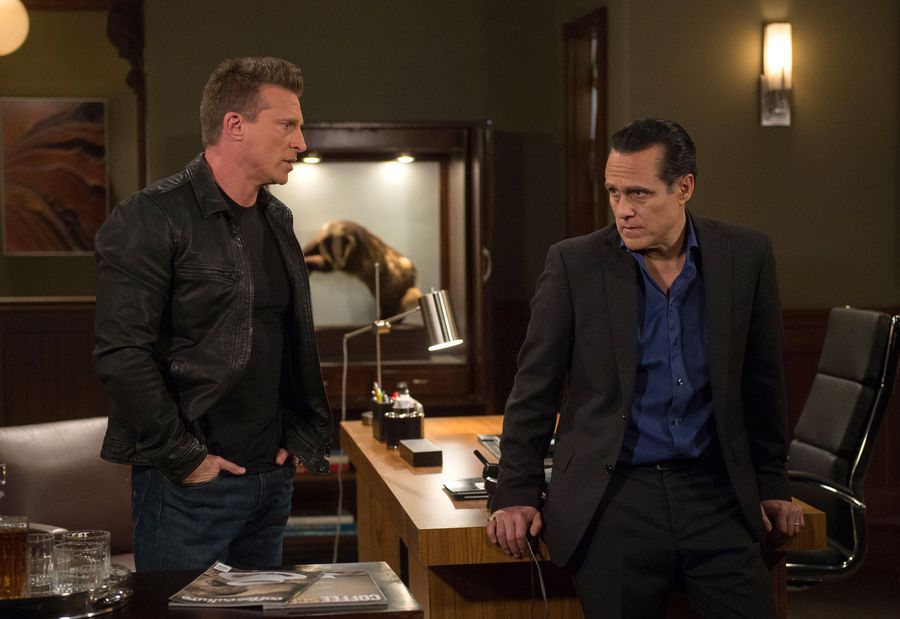 Jason Morgan, formerly Jason Quartermaine is the biological son of Alan Quartermaine and his former mistress, Susan Moore. Here are five things to know about his character.

He has been portrayed by four different actors

On December 29, 1995, Jason was involved in a car accident with his half-brother, A.J. Quartermaine. A.J. was intoxicated when he got behind the wheel of a vehicle and crashed into a tree, not far from the Quartermaine property. Jason, who tried to prevent A.J. from driving, was ejected from the vehicle, smacked his head on a large boulder and fell unconscious.

A.J. and Jason’s cousin, Ned Ashton, found the crash site and took responsibility for the crash so that A.J. wouldn’t go to prison. When Jason awoke from his coma, he had suffered severe brain damage, with no memory of his past, drastic changes in his personality and no feelings for anyone in his family, except his grandmother, Lila and his sister, Emily. He changed his last name from Quartermaine to Morgan.

He has been married three times

He was married to Brenda Barrett (after Brenda blackmailed him into getting married) from 2002 until 2003 when they had their marriage annulled. Jason married Courtney Matthews in 2003 until 2004, when they divorced after their marriage was considered invalid. Courtney was still married to A.J. Quartermaine, whom she thought was dead. Later, Jason married Sam McCall in 2011. Their marriage was dissolved in 2012 when he was presumed dead and they later divorced in 2018.

Shiloh has eyes everywhere and even Jason has trouble avoiding them. How can he get himself out of this one?
A thrilling, new #GH starts RIGHT NOW on ABC! @1SteveBurton pic.twitter.com/ICHiv0Q2Lo

He has had an array of occupations

What do you think GH fans, do you enjoy the character of Jason Morgan?  Do you prefer Jason with Sam McCall (Kelly Monaco) or another character?