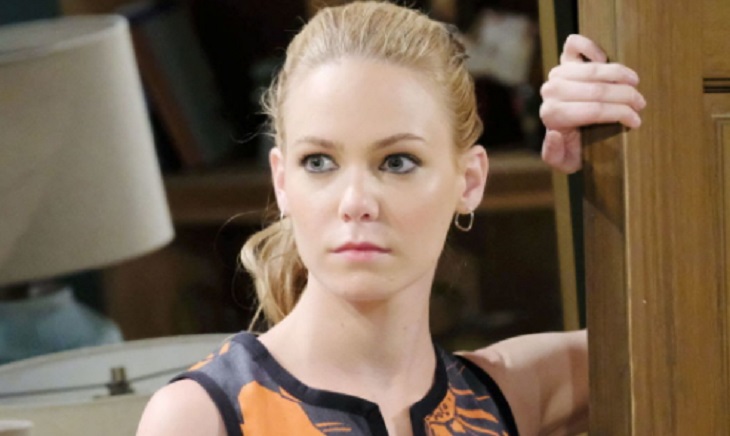 Chloe Lainer, who is best known as Nelle Benson in “General Hospital” shared that she’s started a new project together with her boyfriend Kevin McClellan. She said they have written and will soon be directing a new film titled “The Reveal.”

The movie is about a young couple who attend their hippie friends’ gender reveal party, which will also bring to light some of the pair’s own issues and conflicts. Recently, Lanier and McClellan have launched a fund raising campaign wherein the proceeds will be used for the film production. The pair is offering various perks to all those who will help the project. This may range between a social media shout, signed photos, and even free tickets to the film’s screening in LA.

Lainer’s first acting job was in a movie titled “The Effects of Tragedy” where she played as Lisa back in 2009. In 2012, she was casted in “Army Wives” as Penny, and three years later, appeared in “General Hospital” as the young Patricia Spencer and guest starred in “Stalker” as Sage.

There was a time when “General Hospital” thought of recasting the role of Nelle Benson because Lanier was too busy with her other show “Kingdom.” But thanks to Laura Wright and Frank Valentini, Nelle’s storyline was put on hold until she was available. The two defended her and said Lanier should be the only one who should play Nelle.

Lanier returned to “General Hospital” as Nelle Hayes in 2016. But two years later, it was reported that she did not renew her contract with the soap but still made brief appearances back in October and earlier this month. When asked about her return, Lanier said that bringing back her character on screen “was always a possibility.”

Will Nelle Benson Ever Return To GH Full Time?

She added that she’s always ready for another appearance and continued, “I live 10 minutes away from the studio and I’m always happy to come back. It’s just a matter of scheduling or what they need for story purposes.” When asked about her post-GH life, she said, “I’m glad I left when I did, because I think my identity, subconsciously, became so wrapped up in working on the show that I forgot who I was a bit. She also mentioned that she’s been auditioning a lot. I’ve done a lot of self-care over the past few months — which has been phenomenal for my psyche,” she said.