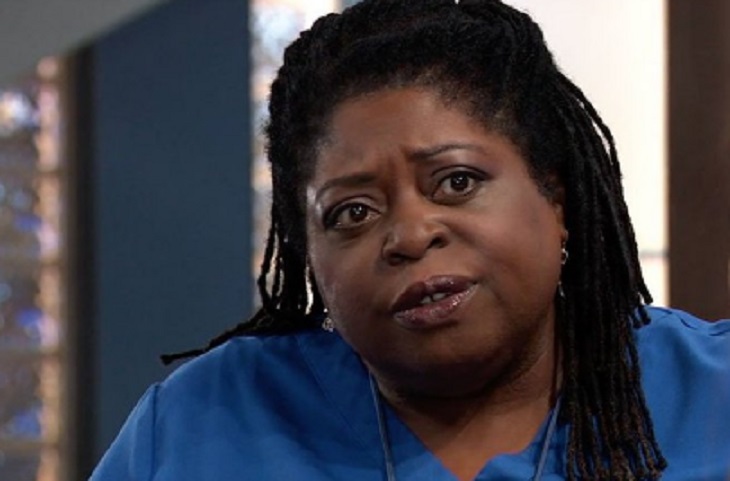 In previous General Hospital episodes this week, Nurse Bobbie Spencer (Jacklyn Zeman) fainted, the family court judge ruled in favor of Shiloh Archer (Coby Ryan McLaughlin) in the Wiley Cooper-Jones (Eric and Theodore) case and Bobbie lit into Julian Jerome (William DeVry) at Charlie’s Pub, blaming him for losing Wiley for the whole family! Could it be Bobbie that Nurse Epiphany is supportive of, and possibly Lucas Jones (Ryan Carnes) and Brad Cooper (Parry Shen) as well?

But there are a few other folks around Port Charles with problems who are at GH frequently, either working or coming by for other reasons that might need a little propping, Franco and Elizabeth Baldwin (Roger Howarth, Rebecca Herbst) could be two of them. They’ve been trying to support Drew Cain (Billy Miller) and Kim Nero (Tamara Braun) in their grief and loss of their son, Oscar Nero Quartermaine (Garren Lake Stitt).

General Hospital Spoilers – Kim Needs Some Epiphany In Her Life

Drew’s having problems with Kim’s problems and Kim is having some major problems, in spite of both Kim’s boyfriend Julian Jerome (William DeVry) and Drew, and Liz, all trying to tell her making another little sibling for Oscar isn’t going to help her pain, and won’t be fair to the new little one because even though Kim denies it, she’s trying subconsciously to make another Oscar, or perhaps an “Oscarina” for herself.

Perhaps Epiphany will give it a try to help Kim realize she’s not making mentally healthy decisions lately and reach out to her, and maybe she’ll encourage Franco and Liz to keep trying to get through to Kim as well. Other General Hospital spoilers tease that Kim will make a terrible decision and it will be one she may not be able to back out of; Epiphany and Drew and Julian may continue to support her, but Drew’s and Julian’s life will be majorly impacted because of it!