The Bold and the Beautiful Spoilers: Thomas Bullies Zoe, Drama Between Him and Xander Increases 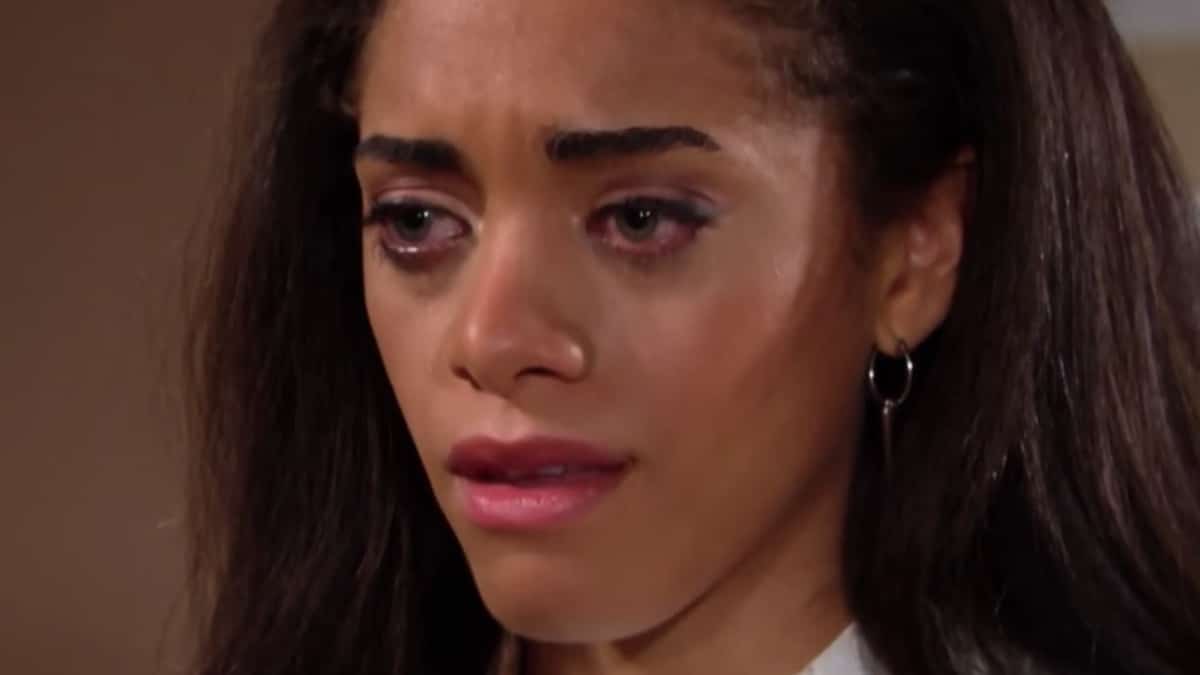 The Bold and the Beautiful spoilers tease that drama with Xander Avant (Adain Bradley) reinforces a flaw in Thomas Forrester’s (Matthew Atkinson) plans. At the same time, Flo Fulton Logan (Katrina Bowden) is revered by Wyatt Spencer (Darin Brooks) because he can’t see her feet of clay.

Xander sees right through Thomas and detests him. Wyatt thinks he has insight into Flo’s soul but is actually viewing a vision of who she once was.

The drama between Xander and Thomas won’t go away until this storyline is resolved. Thomas’ outright threats against Xander aren’t actually the reason why heat between them exists. No, that’s the secondary reason.

Thomas threatened and bullied Zoe Buckingham (Kiara Barnes) with jail time. Xander loves Zoe, so, as many guys can relate, that makes Thomas his target.

Sure, Xander acceded to Thomas’ threats the other day. But Bradley’s embattled character also openly goaded him in front of Hope Logan (Annika Noelle) at Forrester Creations, which implies, if not outright states, that Xander isn’t going to remain silent, ever.

Thomas can’t afford too many cryptic comments being offered in front of Hope, or received by a variety of other connected characters. The verbal battles with Xander are set to escalate if this process repeats.

Meanwhile, Flo, who was also threatened by Thomas, continues to interact awkwardly with Wyatt, Steffy Forrester (Jacqueline MacInnes Wood), Liam Spencer (Scott Clifton), and Hope. But whenever and however Wyatt learns that Thomas has been exploiting Flo’s situation, he’ll morph into protection mode.

It’s fair to assume that Wyatt will initially feel betrayed by Flo, as he did by Sally Spectra (Courtney Hope). As B&B viewers recall, she was also caught in one of Thomas’ secrets that involved Hope. However, Sally wasn’t threatened with the ruination of her life, as Flo is.

Yes, Flo hasn’t and isn’t acting in a way that’s right. But that’s because she been forcibly coerced by Reese Buckingham (Wayne Brady) and Thomas. Both selfish oafs are basically using her and others to advance themselves.

Xander is already onto Thomas. Wyatt will be in time as well. Tag-teaming Atkinson’s sharply played, a villainous character is surely in the offing and potentially, one endgame resolution to this storyline.

Of course, there are plenty of alternative outcomes that would involve another singular character stopping Thomas, if he doesn’t stop himself, or various pairings neutralizing or ending his reign of terror. Without Reese in the picture, B&B needed another character to exploit this situation, thereby creating drama. So Thomas is the one.