The Young and the Restless Spoilers: Josh Griffith Weighs In On Phyllis & Adam’s Partnership Against The Newmans 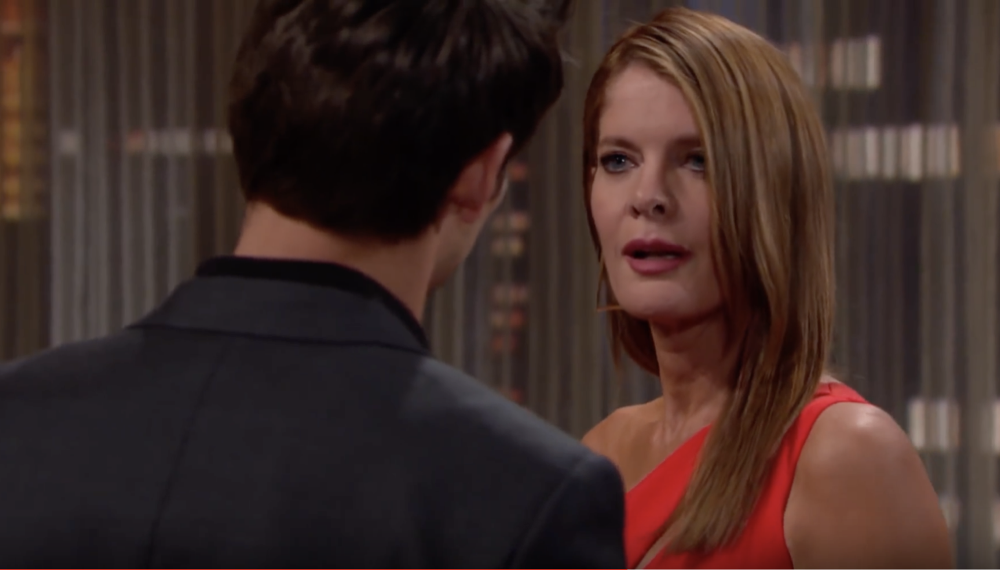 The Young and the Restless (Y&R) spoilers tease that Phyllis Abbott (Michelle Stafford) believes that Adam Newman (Mark Grossman) kidnapped her after he got what he wanted from her. The fans will remember that she helped Adam hack into Dark Horse’s server and she provided him with information about the company’s finances, which allow him to buy out one of Nick Newman’s (Joshua Morrow) loans.

Now, Adam owns Dark Horse and he has plans to use the company to get what he really wants – and that’s custody of Christian Newman (Tobias twins) and his wife Chelsea Newman (Melissa Claire Egan ) back.

Here’s what you need to know about what’s coming up for Phyllis on Y&R.

“Phyllis believes that Adam was behind her kidnapping so she thinks he crossed the line and she is ready to fight him at his own game,” head writer, Josh Griffith revealed to CBS Soaps In Depth.

Adam sees Phyllis as someone that he should be both scare of and someone he admires. And, he knows that he cannot trust her. But at the same time, he thinks that they should work together because they are a lot alike in many ways.

The Young and the Restless spoilers tease that Adam thinks, if they team up, they can rule Genoa City and give those who scorned them payback. And, in many ways, that sounds like a great deal to Phyllis but she isn’t sure she can trust Adam.

Phyllis will let Adam know that she visited his friend in Las Vegas and she let her know that Adam was connected to a very powerful Chancellor family member. Apparently, Risa Thompson (Tina Casciani) disclosed that Adam’s partner in Vegas was Chance Chancellor (John Driscoll).

Adam told her not to take too much to heart that Riza told her as she likes to mess with people’s heads. Y&R spoilers state that Phyllis counters that she thinks the person that is messing with her is Adam.

Of course, Mr. Newman would not confirm or deny that he’s working with Chance. He followed up with a job offer. Adam wants Phyllis to be the new CEO of Dark Horse.

Adam points out, what better way to get back at Nick than to run Dark Horse even better than he did!