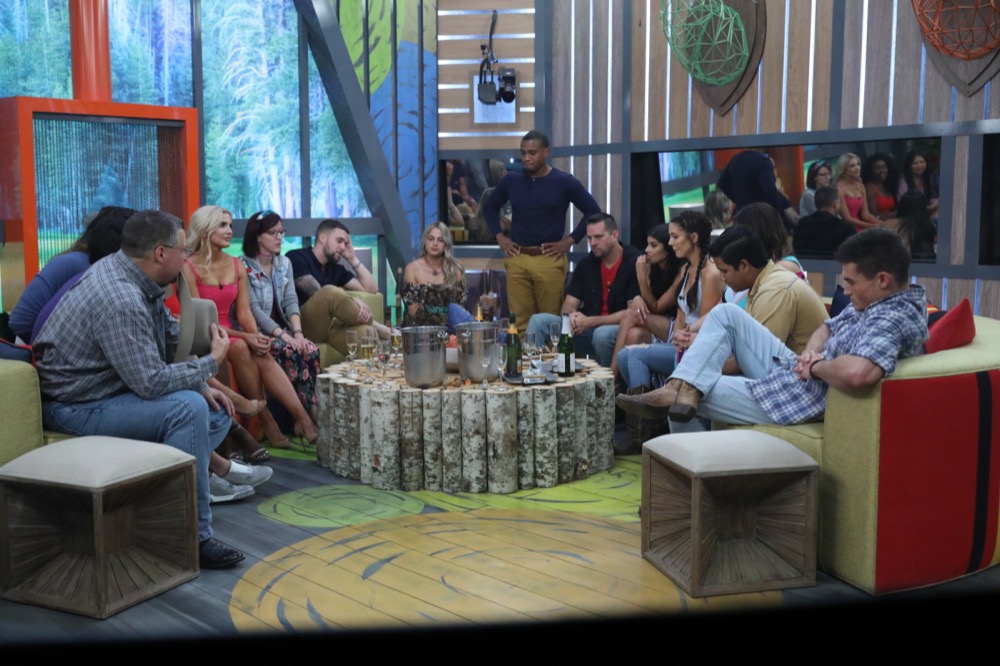 This 21st season of Big Brother’s theme is “BB Camp” but with a little Alice in Wonderland thrown in. We’ve already seen banished houseguests pass through some pretty scary and gross areas, in the dark, to crawl their way back in the BB house and enter through tiny little doors just like Alice did. Will there be other Wonderland surprises, like maybe Rabbit’s stopwatch?

Executive Producer Allison Grodner is back and she is going to be teasing us die-hard fans with some hints here and there. In fact, she has already hinted that there are going to be more BB connections and one thing that we all know, is that David Alexander is most certainly going to have another chance at getting back in the house. Did you notice that he didn’t have an exit interview?

Coming up: On Sunday, there is going to be a lot of drama when the Whacktivity Competition premieres. Look out for never before seen powers that will most definitely make a dramatic impact on this season.

Who Will Be The Second Houseguest Voted Out?

Who is going to the second houseguest voted out? Well if actions have anything do with it, Kemi Faknule will be heading out the door. Instead of laying low and being thankful that the target is not on you, Kemi is going around the house, from person to person, and causing paranoia about Christie Murphy being HoH; some say Kemi is just playing too hard, too fast. We can confirm, Kemi has been put up as a replacement nominee, it is the first backdoor of the season!

Kemi has surely painted a target on her back, but if Ovi Kabir doesn’t keep his hands to himself, he will soon be sitting in the eviction chair beside Julie. Jackson Michie already has it in for him, he has made several comments that could be seen as bullying.

Big Brother Fans Are Already In An Uproar

Fans are already getting into an uproar because David was voted out and he is black, now there is Kemi as the target and she is also black. If Jackson’s bullying comments don’t calm down, this is going to be the BB “Race” theme instead of the BB “Camp” theme.

Personally, I am going to keep an eye on those “special powers,” last year it seemed like they lasted too long and the producers geared the game to the houseguests that they wanted in the finale.

Big Brother is back! It’s going to be full of dirt, surprises, and thrills; put your seatbelt on and get ready for the thrilling ride!

Do you have any favorites? What are your thoughts on the players so far?