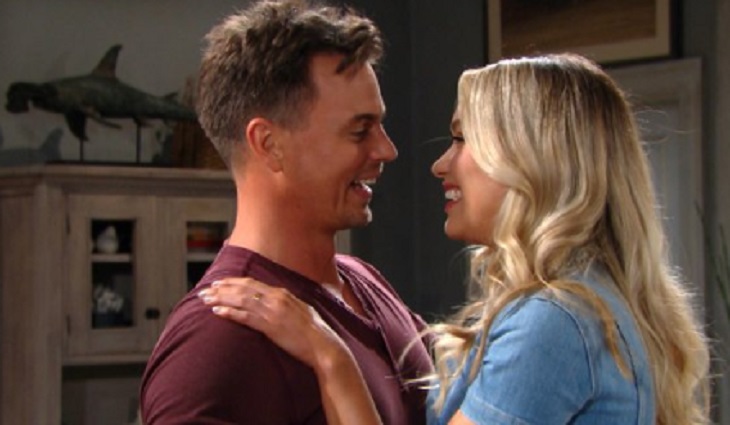 Exactly what Thomas is hoping to accomplish by drugging Liam, and what drug he gave him, is unclear at this point. But according to B&B spoilers, the drugs will have a big effect on Liam’s behavior as the beach party at Steffy Forrester’s (Jacqueline MacInnes Wood) house continues.

Bold And The Beautiful Spoilers – Liam Plays In To Thomas’ Hands

As the drugs work on Liam, it looks like he’ll experience some strange behavior. According to B&B spoilers, Liam’s behavior will get intense and will play right into Thomas’ hand where Hope Logan (Annika Noelle) is concerned. Thomas wants Hope, and he’d like to alienate Liam from Hope, and it appears that the drugs will help accomplish this.

The Bold and the Beautiful spoilers say that Hope will have a definite reaction to Liam’s behavior, so he’ll do or say something that rubs her the wrong way. B&B viewers will have to tune in on Monday to see what exactly Liam does, but it should be pretty extreme, and Thomas will be pleased by the results.

But the drugs will also affect Liam’s behavior when it comes to Steffy. According to B&B spoilers, Liam and Steffy will end up making love later in the day, and that’s something that will play right into Thomas’ grand plan but completely devastate Hope.

Bold And The Beautiful Spoilers – Wyatt And Flo Celebrate

Wyatt and Flo will celebrate their new living situation by making love and enjoying each other’s company. Flo should have some carefree moments, but that could quickly come to an end if Wyatt starts gushing about Flo being a good, honest person again.

Today on #BoldandBeautiful, Thomas puts his next evil scheme into action. pic.twitter.com/Yua4u5onQ6

Flo is still bothered by the terrible secrets she’s harboring – the secret about Hope and Liam’s daughter being alive, and the secret about what Thomas and Emma Barber (Nia Sioux) were arguing about before Emma’s death. And now that she’s moving in with Wyatt, she’ll have a lot more to lose if these secrets ever come out.

Be sure to tune in on Monday to catch up on everything happening on B&B right now.