Days Of Our Lives Spoilers: Hope Terrifies Kristen, Getting Too Close For Comfort 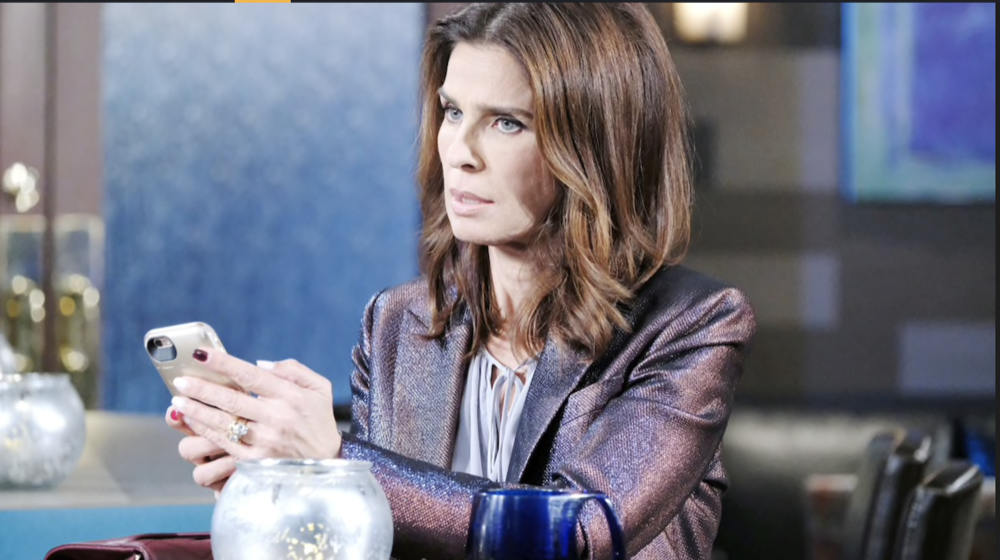 Days of Our Lives spoilers tease that Kristen DiMera (Stacy Haiduk) will try to throw Hope Brady (Kristian Alfonso) off the trail in Friday, June 28th’s episode of Days of Our Lives! Hope has been looking for a missing Ted Laurent (Gilles Marini) and is probably trying to find out if that indeed was his cell phone that was ringing in “Nicole Walker’s” (Adrienne Zucker) apartment.

As Days of Our Lives viewers know from when Kate Roberts (Lauren Koslow) was caught red-handed with her hands on Kristen’s red dress in Monday’s episode, Ted’s cell phone had run down because Kate had found it and would have found out it was his and that Hope had been calling if she had been able to! Kate will have also been discovered to be missing by Friday’s episode, as will Hope’s daughter Ciara Brady (Victoria Konefal) and granddaughter Claire Brady (Olivia Rose Keegan)!

Days Of Our Lives Spoilers: Claire Makes A Confession to Shawn – Will He Turn Her in?

Kristen more than likely ditched Ted’s phone somewhere outside the Salem Inn, as far away as possible, or had Xander Kiriakis (Paul Telfer) dispose of it somewhere. Hope no longer has the ability to trace cell phones since she is no longer an employee of the Salem Police Department, although since Eli Grant (Lamon Archey) is a relative he may get involved as an “inside man” if the new “commish” Eve Deveraux (Kassie DePaiva) is too sidetracked or inept to open a missing person investigation!

She was in a rush to replace him so she probably just assumed he skipped town, and she’s way too focused on frame-ups in place of true police investigations! However, since Ted’s phone ran down it may not be able to be pinged and traced.

.@matthew_ashford auditions for the role of #SusanBanks. Just how did he do? Check out his performance exclusively on #DOOLapp #Days #Jackhttps://t.co/V3DIkI9uM2

Hope may question Kristen, who of course will be in her Nicole disguise, but she’ll just send her on a wild goose chase and deny, deny, deny! Meanwhile, Ted will be in the secret room in the DiMera mansion although by this time Xander might have stashed Kate in there with him; that makes for some pretty cramped quarters and uncomfortable company for both Ted and Kate!