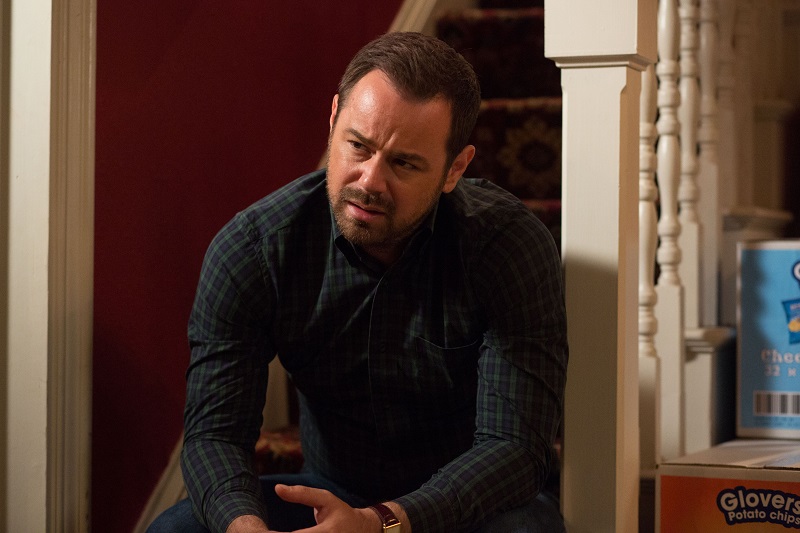 EastEnders is setting up something big for one of its characters, Mick Carter following the recent revelation that his son Ollie might have autism. Danny Dyer, the actor who portrays the Queen Vic landlord hinted that there is “powerful stuff” on the way for Mick and his family.

Without divulging too much, Dyer said, “Mick is going to go through some really [big] mental health issues, that’s all I can say.” During the brief interview, Dyer also raved about EastEnders boss Kate Oates, who now stands at the help of all soap offerings of the BBC network.

He added that “It feels like Kate Oates has brought the show back, she is the Queen and we are all hopelessly in love with her.” He was also grateful for the show for allowing him to take a break from “EastEnders” so he could film his new Saturday night show “The Wall.” He continued, “EastEnders have been amazing. I’m really grateful that they’ve let me go off and do other stuff.”

Viewers might recall that Mick and Linda Carter (Kellie Bright) received unfortunate news about their son Ollie. The pair decided to have their son checked because of the recent changes in the Ollie’s behaviour. The couple has started to come to terms that their son might be autistic but were left frustrated when they found out that it will take a while before they can get an official diagnosis.

Dyer recently returned to the show and “EastEnders” quickly set up scenes that would pave the way for Carter’s new storyline. The show was proud to say that it worked with one of the most popular support groups in the world, the National Autistic Society, to ensure authenticity.

Executive Producer Jon Sen described the storyline as one good example to the show’s commitment to “ground-breaking stories that resonate with the nation. When Mick and Linda start to worry about Ollie’s behaviour, they face various challenges as they search for the answers necessary to help their son.”

“EastEnders has been privileged to work closely with the National Autistic Society to accurately depict the pressure and struggles that can be felt by parents as they begin this journey,” he continued.

Jane Harries of the National Autistic Society said they were “absolutely delighted” to collaborate with “EastEnders” on such a storyline and said, “it was a fantastic opportunity to help millions of viewers understand more about the autism assessment process and what families go through in order to get a diagnosis.”