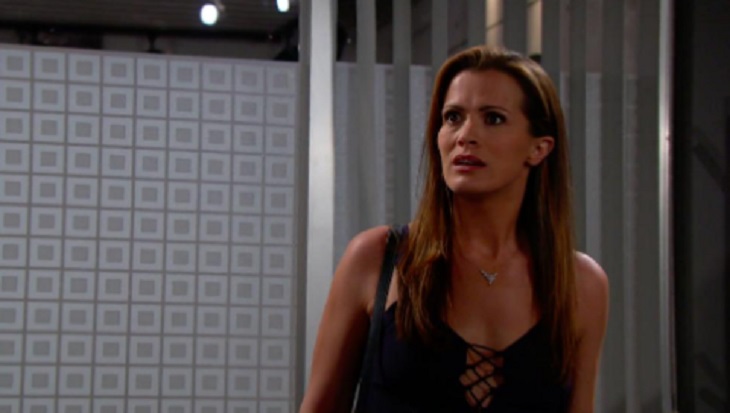 “The Young and the Restless” (YR) spoilers for Monday, July 1, 2019 tease that we will have a day filled with one busted, another can’t let go, and let’s not forget plenty of drama. We have a very exciting day coming up and you will not want to miss a moment of the action!

Y&R spoilers reveal that Phyllis Summers (Michelle Stafford) will run into Kevin Fisher (Greg Rikaart) and when she smells the cologne that he is wearing she will know that he is the one that kidnapped her. Kevin will try to play it off by saying half of the men in Genoa City wear the same kind of cologne.

Phyllis will demand to know the reason that Kevin locked her up in a basement and the real reason he is back in town. Kevin will go to leave and Phyllis will warn him that things are not over. Do you Y&R fans think Phyllis will end up getting the truth out of Kevin?

Next week on #YR, Chelsea talks to Adam, Victor has an announcement, and Phyllis comes to a realization. pic.twitter.com/S4nQomq4A7

Meanwhile, Adam Newman (Mark Grossman) will want Chelsea Newman (Melissa Egan) to stay in Genoa City and make the penthouse their home again. Chelsea wants Adam to let her go. He will ask about Connor and she will tell him that he is at sleepaway camp.

Young And The Restless Spoilers – Chelsea Shuts Adam Down

Other “Young and the Restless” spoilers suggest that Elena Dawson (Brytni Sarpy) and Ana Hamilton (Loren Lott) will listen as Devon Hamilton (Bryton James) tells stories about Hilary Curtis (Mishael Morgan) and the good that she did with her life. He will tell the story of how Hilary helped a girl feel better about herself and how she helped Shauna Nelson (Camryn Hamm).

Devon will thank Elena for helping him take Hilary things and donating them to the church and will tell her she brought him out of a dark place. Do you Y&R fans think Elena is good for Devon? Make sure to stay tuned to CBS “The Young and the Restless” to see how this all unfolds.

As always, more detailed Spoilers and Breaking news will appear here on Celebrating The Soaps!