The Bold and the Beautiful Rumors: Quinn Learns About the Baby Switch, Goes Ballistic 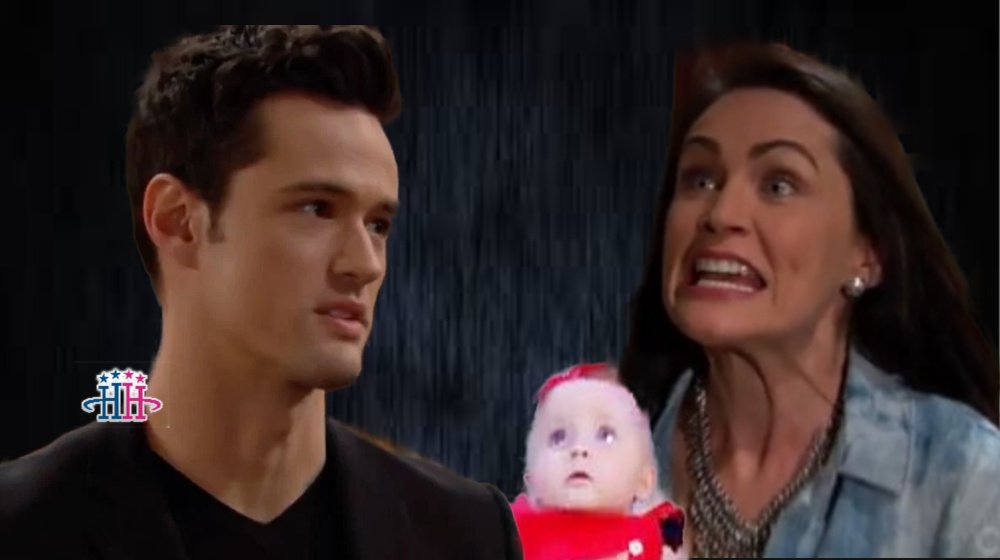 The Bold and the Beautiful rumors indicate that Quinn Forrester (Rena Sofer) will discover the truth about the baby switch.

The baby switch is the top storyline on B&B and it’s only a matter of time before Hope Logan (Annika Noelle) learns the truth about her daughter Beth.

But it’s still going to be a long time before Hope discovers the truth. In the meantime, Zoe Buckingham (Kiara Barnes) and Flo Fulton (Katrina Bowden) are at odds over what to do.

While they continue to argue over revealing the truth, the more people are going to overhear them. Zoe’s boyfriend Xander Avant (Adain Bradley) is now in on it as well as Flo’s mother Shauna Fulton (Denise Richards). Aside from them, Thomas Forrester (Matthew Atkinson) also knows, and Emma Barber (Nia Sioux).

Emma Barber Was Killed In An Accident

Yet, before Emma could reveal the truth to her friend Hope, she was killed in a car accident. Emma’s death has now caused the gang to question what to do with their secret.

But it may not be a secret too much longer when another person learns the truth. That person will be Quinn.

Quinn Fuller Freaks When She Learns The Baby Switch

Flo is dating Quinn’s son Wyatt Spencer (Darin Brooks), and Quinn approves of their relationship. But that will change when Quinn discovers the baby switch.

The Bold And The Beautiful Spoilers: Wyatt Believes Flo Is ‘Honest’—Flo’s Role In Beth Swap Will Devastate https://t.co/GxFfsXAlrp pic.twitter.com/vyWJdIpj5R

Quinn’s going to be furious with Flo’s betrayal. She’s been a huge supporter of Flo, even going as far as to offer Flo and Shauna a place to live when they came to Los Angeles. Quinn thought Flo was a good person and encouraged Wyatt to give his ex-girlfriend a second chance.

Now learning that Flo was involved in the baby switch is going to cause Quinn to go ballistic.

Years ago, Hope miscarried Wyatt’s baby and Quinn felt responsible for the tragedy. Quinn’s seen how distraught Hope and Liam Spencer (Scott Clifton) have been over the death of their daughter. Now, she’ll have a chance to reunite Hope with her baby.

The gang will try to persuade Quinn to keep quiet, but while she may be tempted to go along with it, she knows deep down she has to do the right thing.