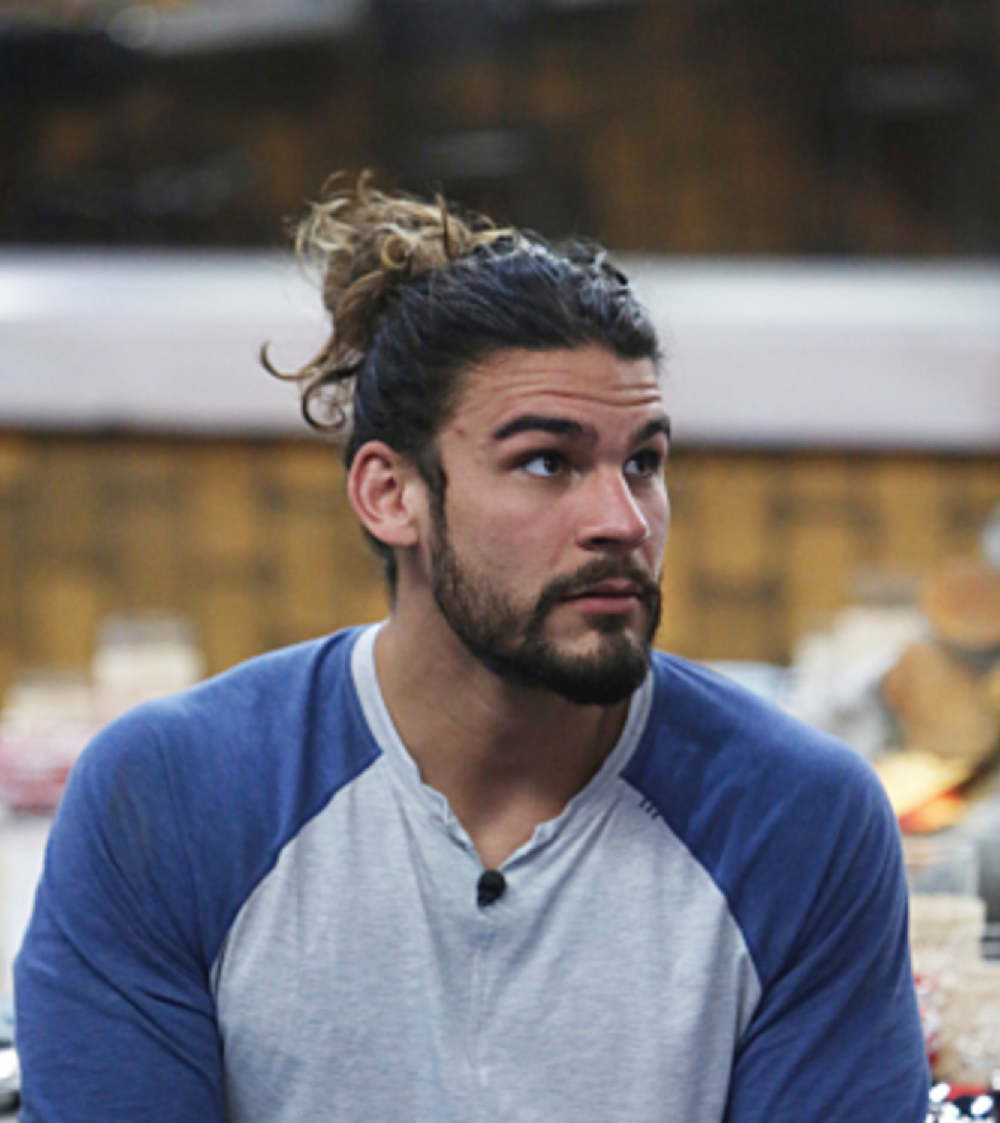 Big Brother Christie Murphy won Head of Household (HoH) and she is being played by Jack Matthews, she knows it, and she is doing nothing about it because she is afraid about how much he “rages” and is terrified to make game moves that she otherwise would if he wasn’t bullying her. I’m just wondering what she means by “rages” and what are the BB feeds not showing us!

Obviously, the smart move is to get rid of the strong players, and Jack Matthews is clearly one of them. Instead of backdooring him; which would be a smart move for the house as a whole, Christie Murphy is following his orders. If BB21 Jack Matthews is crossing the line, he better watch out because he might not have to get backdoored, he may be shown the back door off-camera and not even get a chance to meet and be interviewed by Julie Chen. Although it does take a lot to get thrown out of the Big Brother house, there have been four times in US BB history that the powers had to step in and take action.

Christie Murphy Is Worried About Her Game

Jack Matthews is very manipulative and this season has quickly become the “Jack Show.” Christie Murphy wants to do what she knows is best for her game, but it comes with risks. Jack Matthews is the HOTH “Heartthrob of the House” and if she puts a target on him, the women and some of the men who are crushing on Jack Matthews, may not take it lightly.

If he continues on his path though, his HOTH status is not going to keep him safe. Already, Christie Murphy is not the only one that sees what Jack is up to. Holly Allen and Kat Dunn can’t keep quiet about how he is getting on their last nerves with all the alliances that he is making, and he has at least two or three “ride or dies”.

Listen Beefcake you should be so lucky as to meet a one of a kind someone as magically deliciously unique as me ☕️ https://t.co/000OJq1Q2F

Is Jack Matthews A Bully?

Other players are calling him a bully, and a salty liar. Outside the house, BB20’s Rockstar fired back at the HOTH when he made a comment about not wanting any super weird people like her in the house. It didn’t take long for Rockstar to slam back at Jack Matthews on social media.

I’ve seen Jack be disrespectful, like when he called Ovi a douche behind his back, but I haven’t seen the “rage”, have you? Do you think the BB Beefcake will make it long in the house?