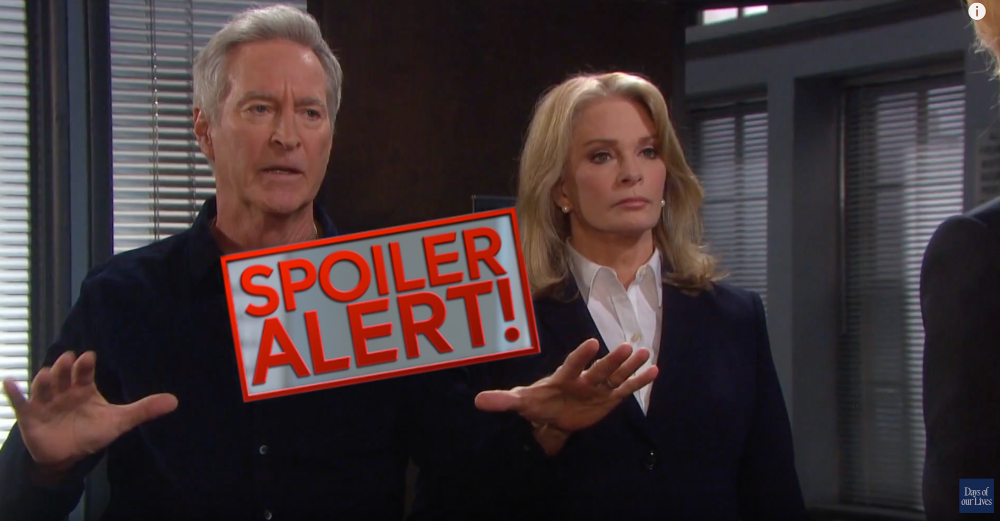 “Days of Our Lives” spoilers for the week of July 1-5 tease that some summer shockers are coming up. For starters, we should talk about Claire Brady’s (Olivia Rose Keegan) final showdown. After attacking Tripp Dalton (Lucas Adams), Claire took Ciara Brady (Victoria Konefal) hostage and ran off to the cabin. DOOL fans will be brought in the loop on that offscreen drama soon enough.

Claire will feel like there’s just no way out of this mess. She’ll confess to setting the fires and try to explain why in the week ahead. Claire will admit there’s part of her that doesn’t understand her actions. However, another part of Claire still blames Ciara for all her problems. She’ll be sorry for what she’s about to do, but she’ll contend that it’s what has to be done.

Days of Our Lives Spoilers: Haley Chen And JJ Deveraux Declare Their Love For Each Other

Ciara will be terrified as Claire flicks on the lighter and prepares to burn her alive. Thankfully, Claire will be pulled back from the dark side. Marlena Evans (Deidre Hall), Hope Brady (Kristian Alfonso) and Ben Weston (Robert Scott Wilson) will show up to stop the madness. Claire will ultimately threaten to light herself on fire instead, but her grandma will convince her health and healing are possible.

Later, John Black (Drake Hogestyn) will get updates on the situation. He’ll learn Eve Deveraux (Kassie DePaiva) knew about Claire’s dangerous behavior and kept quiet. Marlena will realize that as well, so “Jarlena” will confront Eve together. “Days of Our Lives” spoilers say Marlena will rant about what Eve did to their granddaughter. When Eve tries to defend herself, John will tell her to shut up!

On a happier note, love will be in the air as the fireworks show begins. “Days” viewers know Eli Grant (Lamon Archey) and Lani Price (Sal Stowers) recently faced a rough patch. Fortunately, they had a crucial conversation and understand how to move forward now. Eli will decide he doesn’t want to waste any more time, so he’ll ask Lani to marry him in the park.

Haley Chen (Thia Megia) will also cozy up to JJ Deveraux (Casey Moss) for the Fourth of July fun. She’ll be glad to be back in Salem where she belongs. Sarah Brady (Linsey Godfrey) will host the Brady-Horton barbecue with her new hubby, Rex Brady (Kyle Lowder). She may struggle to keep her mind off her feelings for Eric Brady (Greg Vaughan), but Xander Cook (Paul Telfer) is becoming a key player here, too.

In the DiMera tunnels, “Days of Our Lives” spoilers say Ted Laurent (Gilles Marini) and Kate Roberts (Lauren Koslow) will get hot and heavy! DOOL’s weekly preview video shows a shirtless Ted telling Kate to take her clothes off. They’ll share some steamy kisses, so things may escalate from there.

Over with Rafe Hernandez (Galen Gering), he’ll console Carrie Brady (Christie Clark) when she reveals her breakup with Austin Reed (Austin Peck). After a lip lock, one thing will lead to another and they’ll find themselves making love. Sadly, Hope will catch Rafe exiting Carrie’s room and overhear Carrie discussing the hookup later. It’ll be a tough blow for Hope, who still cares for Rafe a great deal.

It sounds like some exciting episodes are on the way. We’ll give you updates as other “Days” news and rumors emerge.

Days Of Our Lives (DOOL) Spoilers: Do You Want Belle And Shawn To Stick Around For…

Days Of Our Lives (DOOL) Spoilers: Nicole Is Heartbroken But Not Ready To Give Up On…