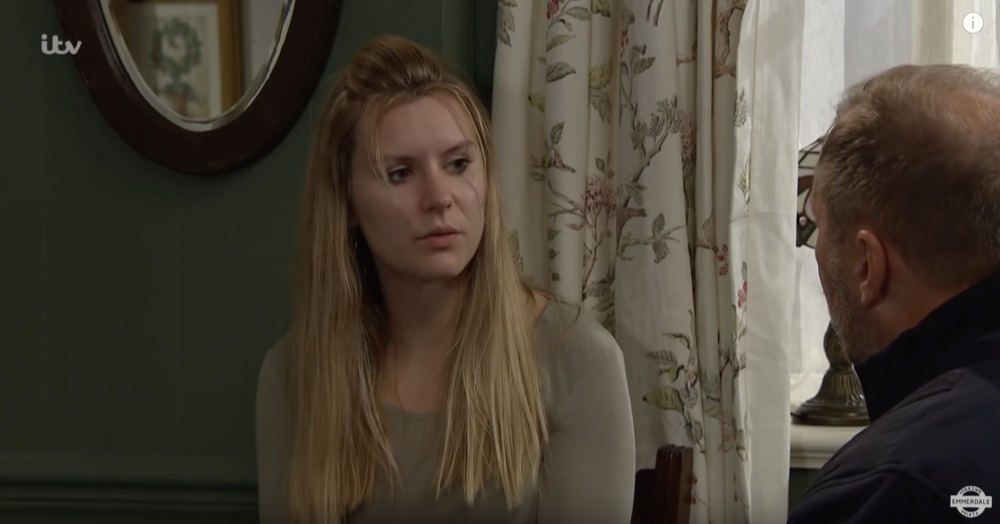 There is nothing more that Dawn Taylor (Olivia Bromley) wants than to be with her son Lucas. That is why she has decided to make a bold move after discovering that Harriet Finch (Katherine Dow Blyton) never had a romantic relationship with Jai Sharma (Chris Bisson) and that Harriet and her father, Will Will Taylor (Dean Andrews) were together before she arrived. She told the pair that “Lucas deserves better” and that “he deserves more than us screw-ups.”

Instead of keeping Lucas out of their lives, Dawn told Harriet, “I can’t give up on him.” Harriet said she was happy for her and said she thought she was leaving. Dawn immediately clarified things and said, “Oh, I am. My bag’s in the hall. I can’t stay where I can’t trust anyone.”

She then turned to Will and said, “You want Harriet more than you want me, and I want my son more than anything, so it’s time we go our separate ways. Social services want what’s best for Lucas, and that’s me without you two screwing up all over again. And don’t worry, I’m not drunk or angry. I’ve never been so clear.” By the end of the episode, it was clear that Dawn felt hurt. Did she make the right call? Or will this threaten her sobriety?

It all started when Dawn when her first visit to her son didn’t go as well as she wanted. Throughout the duration of her visit, Lucas didn’t want to talk to her. Social workers tried to appease Dawn, but she continued to ask herself if she should be in her son’s life or is it better if she just walked away. But something held her back. It was the thought that she had someone at home that’s willing to listen to her and help her through her struggles.

Unfortunately, she found that the person she was relying on, Harriet, lied to her when she said she had a romantic relationship with Jai. Viewers may recall that Harriet made up a story that she’s involved with Jai, so she can hide the fact that she recently reunited with Dawn’s sadistic father, Will.

Will she ever be able to forgive her Dad and Harriet? #Emmerdale pic.twitter.com/xkNHThgpf5

Dawn then headed to Woodbine in a hurry to confront Harriet, and she was shocked when she confirmed that Harriet and her father were together. She confronted the pair which led to Harriet’s confession that they had slept together once and vowed for it not to happen again. However, Dawn made her decision to focus only on her son and have nothing more to do with Harriet and Will.