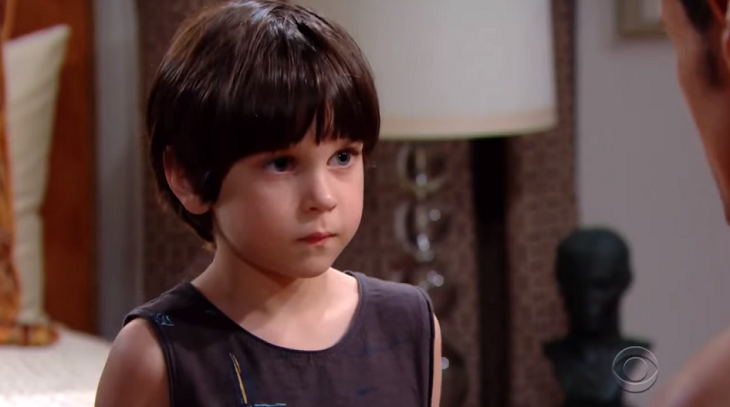 The Bold and the Beautiful spoilers for Tuesday, July 2, tease that Liam Spencer (Scott Clifton) will wake up in an interesting situation. As B&B viewers know, he and Steffy Forrester (Jacqueline MacInnes Wood) ended up making love after the beach party. Liam was feeling on top of the world due to the drugs that Thomas Forrester (Matthew Atkinson) put in his margarita, and he and Steffy celebrated their feelings for each other in a very intimate way.

But as B&B viewers know, sleeping with Steffy isn’t the only thing Liam did while he was in a drugged state. He behaved very much out of character at the beach party. His giddy and exuberant behavior just seemed out of place and it really upset Hope Logan (Annika Noelle), who didn’t appreciate him cajoling her to “party” with him.

Of course, Liam’s behavior ended up having exactly the effect that Thomas hoped. Hope was completely put off by Liam’s behavior, and she ended up leaving the party angry. Liam alienated Hope, and this played right into Thomas’ hand. Hope needed comforting, and Thomas was right there to console her…just as he wanted.

Bold And The Beautiful Spoilers – Thomas Forrester’s Next Scheme

Bold and the Beautiful spoilers say Liam will awaken and slowly start to remember what happened the night before. He’ll be much more clearheaded, and he’ll likely be horrified at how he behaved toward Hope. Look for Liam to wonder about what he should do next with respect to Hope – he’ll probably want to talk to her and apologize for being insensitive.

The Bold And The Beautiful Spoilers: Thomas’ Behavior Threatens His Role In Son’s Life – Custody Battle Begins to Protect Douglas

Liam will also realize that he slept with Steffy the night before. Of course, Liam truly loves Steffy, so he probably won’t regret their night together, but he may wonder exactly why he chose to put the moves on Steffy in the first place.

Meanwhile, on Tuesday’s new episode of B&B, Thomas will start in on the next phase of his plan to get Hope for himself. He’ll be feeling satisfied about how his scheme to drug Liam worked out, but he won’t be anywhere near done manipulating people to get what he wants.

Bold And The Beautiful Spoilers – Hope Spencer A Mother Figure

Of course, what Thomas wants is for Hope to accept the idea of being with him on a permanent basis and being a mother figure to Douglas Forrester (Henry Joseph Samiri). What he really wants to do is to propose to Hope again, but he knows that there’s a good chance that Hope will turn him down again.

According to B&B spoilers Thomas will decide to try something new. He’ll figure that the proposal might come across a little better if Douglas is the one to float the idea, so Thomas will sit down for a little talk with his son. He’ll do his best to get Douglas on board with asking Hope to marry him, and it looks like Douglas will agree to do it.

Of course, Douglas truly loves Hope, so it won’t be too difficult for Thomas to cajole his son into proposing for him. But Thomas will probably need to coach Douglas a bit on how it should all go down. The idea will be for Douglas to sweetly ask Hope to marry his daddy and become his new mommy. And that will surely tug at Hope’s heartstrings!

Be sure to tune in on Tuesday to catch up on everything happening on B&B right now. In the meantime, keep up with Hollywood Hiccups for all the latest news and updates on all of your favorite daytime television shows right here.