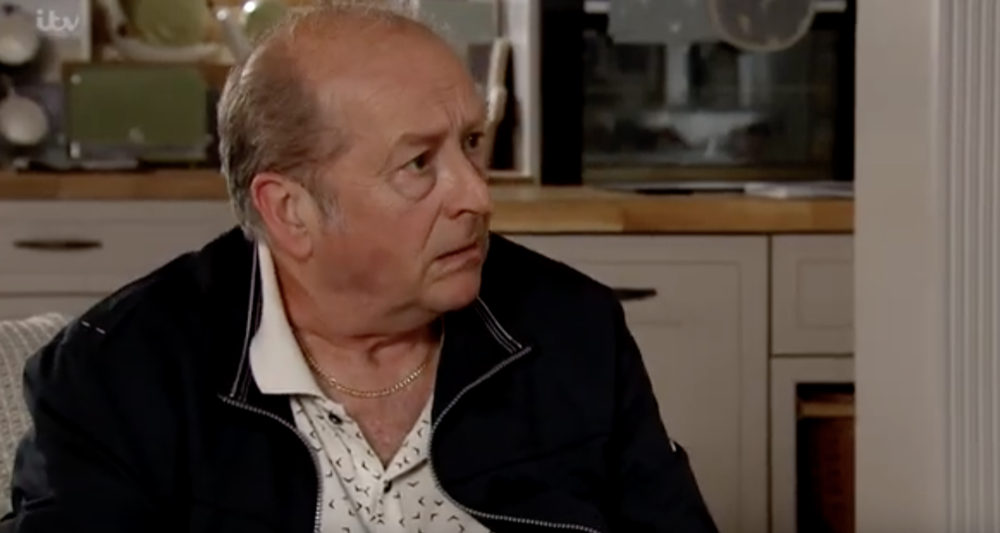 Coronation Street Spoilers for Monday, July 1 finds that Geoff Metcalfe (Ian Bartholomew) is about to get caught red-handed. He’s been trying to make Yasmeen Nazir (Shelley King) look like she’s losing her mind, but it’s only because Geoff has been playing some pretty awful mind games with her. And it looks like his latest stunt is about to backfire on him. Here’s what you need to know.

Geoff has been feeling increasingly frustrated with how happy and carefree that Yasmeen has been lately. She’s been spending more time with her friends and her family members while going out several nights a week and leaving him behind. This has irked Geoff who has decided to take revenge on his partner by playing dirty tricks on her behind her back. As a result, Yasmeen has been losing her confidence and has been relying on him more and more for protection, which is actually what Geoff wants to see.

Coronation Street spoilers tease that Yasmeen will soon find out that her jewelry has gone missing. The first thing that Geoff will do is blame Alya Nazi (Sair Khan) and her DJ mates. He believes that they might have rummaged through Yasmeen’s personal belongings and found the jewelry.

However, the tables are going to turn on Geoff when Alya sees one of Yasmeen’s beloved bracelets fall out of his hands. Clearly, Geoff took the jewelry but wanted to frame Alya and her friends and have them take the fall for the theft. Along with Ryan (Ryan Prescott), but he and Alya will try and force the truth out of Geoff. But he will lie to them and tell Yasmeen that he bought the bracelet as a replacement one for Yasmeen.

INTERVIEW: We spoke to Ian Bartholomew about what to expect from Geoff and Yasmeen's upcoming coercive control storyline.https://t.co/Uibwvuzr0Y #Corrie pic.twitter.com/Gwq8nQGaMI

Needless to say, Alya is still very suspicious of Geoff and his actions so much so that she’s going to be keeping a very close eye on him. He might have managed to get off this one time, but Alya will make sure that it won’t happen again, as she will feel very determined to protect Yasmeen. Fans will have to tune in for all of the action!