Coronation Street Spoilers: Steve Is In For A Shocking Surprise 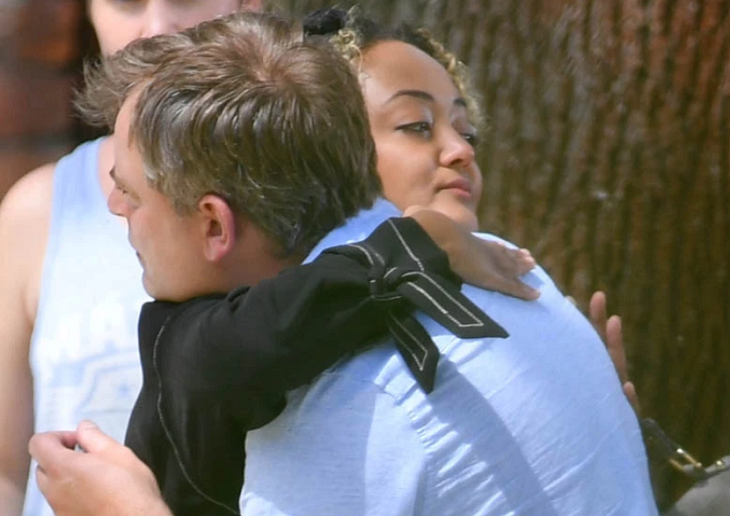 Coronation Street spoilers indicate that Steve McDonald (Simon Gregson) is in for a huge surprise after he decides to gatecrash a funeral. That’s because he will find out that he has a secret love child with his ex, Fiona Middleton (Angela Griffin).

As many fans can recall, this isn’t the first time that Steve has been hit with some outrageous baby news. After all, many people still remember how Tracey Barlow (Kate Ford) revealed that baby Amy was not the result of her affair with Roy Cropper (David Neilson).

Coronation Street spoilers tease that Emma Brooker (Alexandra Mardell) and Steve will be reunited at the funeral that she believes was her father. Little does she know that her biological father is actually Steve McDonald.

It’s also been revealed that actress Angela Griffin will briefly reprise her role as Emma’s mother in a storyline in which everyone will find out the truth about what happened 20 years earlier.

After it was revealed that Fiona had an affair behind her partner Alan McKenna’s back, she left Weatherfield once and for all with her son, Morgan. The pair never had an opportunity to reconcile.

For many fans, Angela Griffin was a fan favorite, as she was one of the first black actresses to star in a soap. Griffin herself even teased a possible comeback during an interview on the Lorraine show late last year.

“You never know who might go back,” she told Lorraine last year. “You never know. Never say never! [The story] has got to have Steve McDonald in it, hasn’t it?”

Since leaving Coronation Street, Griffin has been keeping herself quite busy. She starred in the television series Waterloo Roads, hosted her own Sky chat show and even starred on the hit BBC television show, Ordinary Lies.

And now that she’s coming back to Coronation Street, she will definitely have a full schedule. It’s without a doubt that her fans would love to see her come back to the hit ITV soap on a full-time basis. As Griffin said herself, you can never say never, right? Needless to say, fans will have to tune in to find out what will happen next!