General Hospital Spoilers: Here’s What We Can Expect When Hayden Returns To Port Charles 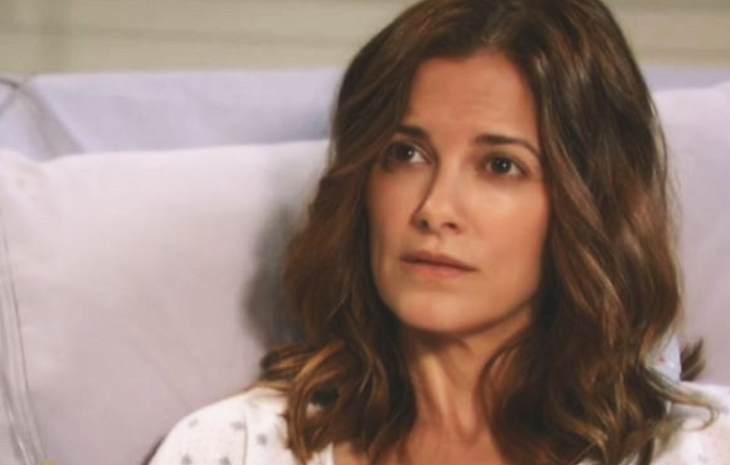 General Hospital spoilers indicate that fans will have a lot to look forward to when Hayden Barnes (Rebecca Budig) returns back home to Port Charles. With so many people either leaving General Hospital for other soaps or coming back, Hayden’s return makes a lot of sense.

As a matter of fact, there are some reports that even suggest that Hayden will be in town just in time to crash a very big party. Here’s what you need to know.

While producers have not made any comments about Hayden’s upcoming storyline, there are several spoilers that tease some clues. General Hospital spoilers tease that a mystery woman will make her way back to Port Charles this summer and a lot of people think that this is referencing Hayden Barnes. Nothing has been confirmed yet.

So what party might Hayden be crashing? A wedding party! Let’s not forget that Franco Baldwin (Roger Howarth) and Elizabeth Webber (Rebecca Herbst) will be celebrating their wedding with a big party soon. Sure, they already got married in a jailhouse ceremony, but now they want to declare their love in front of all their closest family and friends.

But as many soap opera fans know, no wedding is ever complete without a little drama on the side. And with Franco and Elizabeth, there are surely going to be plenty of surprises in store for them. This would almost be a perfect opportunity for Hayden to show up.

Of course, this would make Liz very happy but Hayden’s presence would definitely throw off one person that will be at the wedding: Hamilton Finn (Michael Easton).

The last time that Finn saw Hayden in Port Charles was back in 2017. That’s when she was pregnant but unfortunately miscarried her baby, but it was later revealed that she didn’t lose the child after all.

Now that she’s about to come home, will Hayden tell Finn about their baby? Or will she tell him that she put the child up for adoption? Either way, he will be more than a little shocked to see her again. Fans will have to tune in to find out what will happen next!