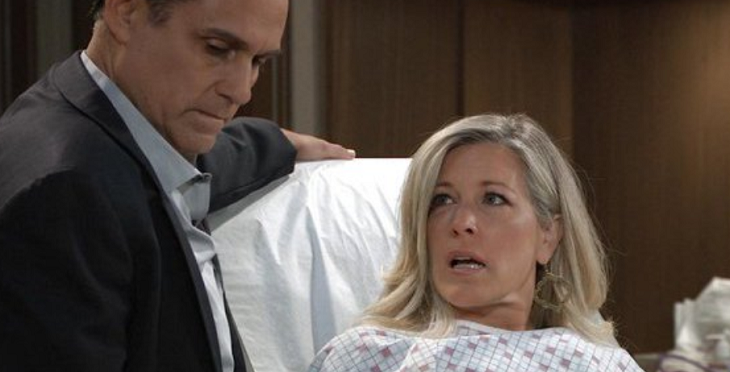 “General Hospital” spoilers for Tuesday, July 2, tease that Ava Jerome (Maura West) will play hardball again. After Jasper “Jax” Jacks (Ingo Rademacher) tests her patience, Ava will insist the interview is off. Of course, Jax may remind Ava that she signed the contract. He’ll do his best to work out something they can agree on, but he may have to push back and insist she’s sticking to the terms.

Meanwhile, T.J. Ashford (Tajh Bellow) will have some bombshells in store. He’ll tell Jordan Ashford (Briana Nicole Henry) and Stella Henry (Vernee Watson) that he’s decided not to go back to med school in the fall. Stella and Jordan will undoubtedly wonder what prompted this sudden change of heart. T.J. was poised to be a great doctor, so they may worry about him throwing all that away.

However, T.J. will have an explanation and do whatever he can to sell them on it. It looks like Stella and Jordan will get some other important news, too. T.J. will reveal the results of a DNA search, which might be from when Jordan needed a kidney donor. Perhaps T.J. found some family members that they could meet up with at some point.

Other “General Hospital” spoilers say Harrison Chase (Josh Swickard) will confide in Hamilton Finn (Michael Easton). He’ll need his brother to talk him out of breaking Willow Tait (Katelyn MacMullen) out of lockup.

Chase will share the story of Willow’s son and how Shiloh Archer’s (Coby Ryan McLaughlin) going after him now. He’ll really need Finn to offer some guidance and settle him down.

Over with Elizabeth Baldwin (Rebecca Herbst), she’ll be taken aback by Franco Baldwin’s (Roger Howarth) actions. After Liz walks in a room Franco doesn’t want her in, he’ll shout at her to go away. Franco will insist Liz can’t be there, so she’ll wonder what in the world’s going on. There’s a good chance this involves some sort of wedding reception surprise, so Liz will surely understand.

Across town, Carly Corinthos (Laura Wright) will do some spina bifida research. Sonny Corinthos (Maurice Benard) will think Carly needs to put all that aside and come to bed, but Carly will refuse. She’ll contend that the more they know, they better they’ll be prepared. Carly will want to know exactly what they’re up against, but she’ll also have some freaked-out moments and need Sonny’s support.

At GH, Bobbie Spencer (Jacklyn Zeman) will have a little freak-out of her own. She’ll seem agitated as she declares that she wants to stick around for her family. Bobbie recently received a type 2 diabetes diagnosis, so she’ll continue to wrap her head around that and figure out some strategies to handle it.

Other “General Hospital” spoilers say Scott Baldwin (Kin Shriner) will get some advice. Franco will think Scott needs to move beyond the single life. He’ll sense that Scott’s lonely, so he’ll push him to get out of his comfort zone and start dating again. Scott will take that idea a step further when he proposes to Bobbie later this week!

“General Hospital” has some fantastic scenes coming up. We’ll give you updates as other details and details emerge. As always, more detailed Spoilers and Breaking news will appear here on Hollywood Hiccups!