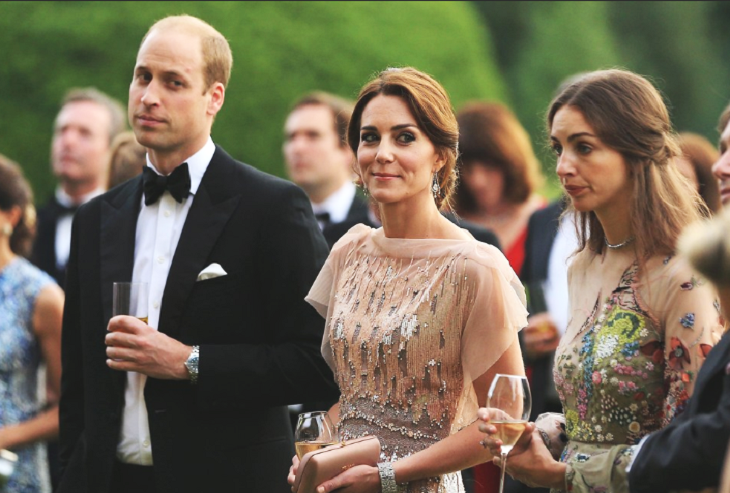 Kate Middleton and Rose Hanbury might not be as close as they once were (at least not according to the British media) but they still have one thing in common.

There’s a new report that suggests the Duchess of Cambridge and the Marchioness of Cholmondeley are two of the most socially powerful people in the U.K. Here’s what you need to know.

According to Tatler Magazine’s print edition both Kate and Rose are on the top of the list of their most powerful people in their Social Power Index list.

Prince Harry And Meghan Markle Not On Social Power List

What makes the list so interesting is that Prince Harry and Meghan Markle are not on the list, yet 8-year-old Harper Beckham, who is the daughter of David and Victoria Beckham, is. Another notable name on the list is Hollywood actor Idris Elba and his new wife Sabrina Dhowre.

Clearly, both Prince William and Kate Middleton are on the top simply because William is the future King of England while Kate will one day be the Queen Consort. Rose Habury and her husbandDavid Cholmondeley because of his status and ranking. He is the descendant of Sir Robert Walpole, who once served as the first Prime Minister of Great Britain.

Pair Had Falling Out Over Rumors About Prince William

As many royal fans can recall, both Kate and Rose apparently had a falling out earlier this year. Some media reports suggested that one of the reasons why Kate wanted to “phase out” Rose from their social circle of friends in Norfolk is because of the rumors that she was getting a little up close and personal with her husband, Prince William.

While Buckingham Palace has not confirmed or denied the rumors, many media outlets and publications in Britain stopped reporting and commenting about the supposed scandal altogether. However, the Cambridges have not been seen with Rose Hanbury and her husband David since then.