The Bold And The Beautiful Spoilers: Thomas’ Behavior Threatens His Role In Son’s Life – Custody Battle Begins to Protect Douglas 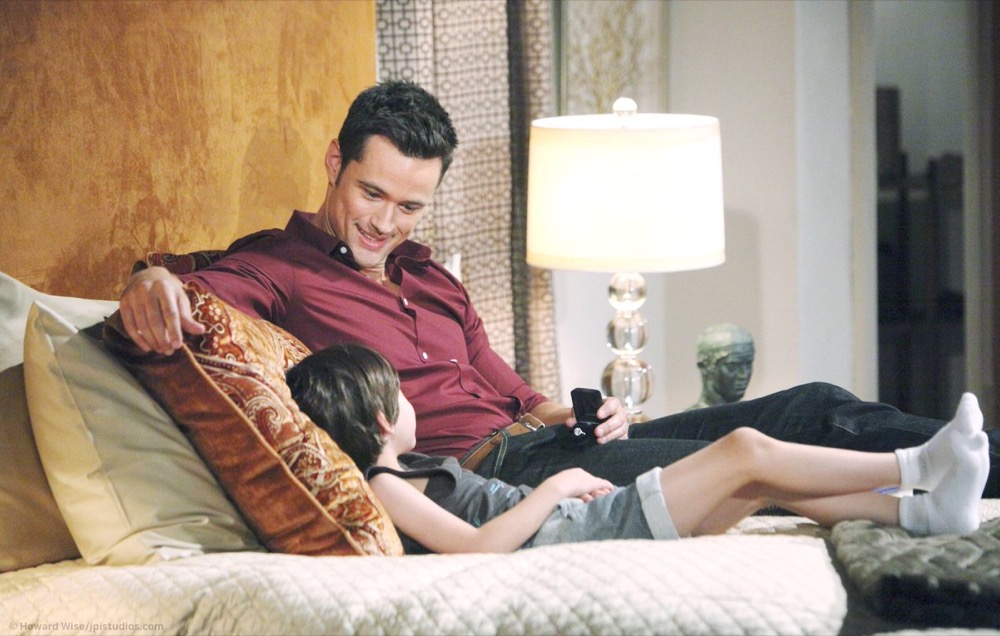 The Bold and the Beautiful (B&B) spoilers tease that Thomas Forrester’s (Matthew Atkinson) behavior will get more threatening as the weeks pass and his family begins to wonder if it’s in Douglas’ best interest if they sue for custody to protect the child.

The boy has been through so much the past few months with his mother Caroline Spencer’s (Linsey Godfrey) death and moving to Los Angeles.

Douglas has bonded to Hope Logan (Annika Noelle) and he has told her that he wished she could be his mommy now that his lives in heaven. She feels so much love and compassion for the young boy, but she doesn’t love Thomas and, his behavior recently, is creating some distance between them.

Brooke Logan (Katherine Kelly Lang) is very concerned about Thomas’s behavior with her daughter, Hope. B&B spoilers tease that she doesn’t think he is dangerous exactly. Instead, she thinks he is being obsessive with Hope— which honestly, he is guilty of.

Ridge Forrester (Thorsten Kaye) believes that Thomas is doing well, considering the rough year he has had. Brooke doesn’t buy that Thomas is nearly as distraught as his dad thinks. She also thinks that he is using manipulation to rope Hope into a relationship with the goal of marrying her. And, Brooke is not wrong.

At some point, Ridge will begin to worry that his son is losing his grip on reality. He wonders of Caroline’s death might have affected him more than he’s admitting. Little does Ridge know; Thomas is keeping a huge secret. It isn’t something he will let get out and if it does, he will likely go to jail.

The Bold and the Beautiful Spoilers: Thomas Works With Vincent – Hope In Deep Danger https://t.co/MLl15OMHFl pic.twitter.com/Ti7J6fX2CE

Thomas Forrester Is Going To Have Legal Issues

Thomas is as guilty as Zoe Buckingham (Kiara Barnes) in this baby secret. Since he didn’t tell immediately, when the truth comes out, he could get tangled in the legal mess.

Once Ridge and Brooke learn the details of Thomas’ mental state, they will file a lawsuit to get emergency custody of Douglas. Above everything, B&B spoilers say that the grandparents want to keep the little one safe from any more suffering.

Will Thomas lose custody of Douglas after the baby secret comes out?