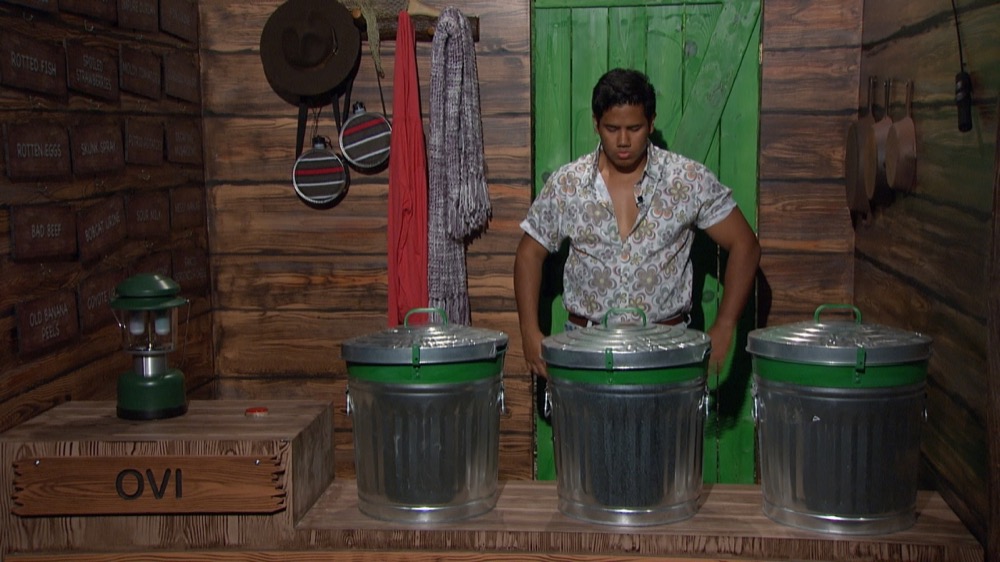 Big Brother 21houseguest Ovi Kabir knows his days are numbered and not even his new power will save him if the majority of the house wants him out. The Whacktivity comp gave Ovi a special power called Nightmare Power. This power would let Ovi turn an HoH’s reign into an actual nightmare because, after the nomination ceremony, he could wake up the whole house and force the HoH to make new nominations.

This BB21 power can only be used once and is good for six nomination ceremonies. Sadly, Ovi is a replacement nominee right now and there is nothing he can do with it this round and he knows deep down that he may just not have the numbers to stay in the house.

We have all seen so far, that the “Jack Show” (Jack Matthews) is running the game right now. So Ovi goes to speak to Jack, to get his word that he will keep him. Jack tells Ovi that he can trust him and that he thinks Ovi is an incredible player. Ovi strokes Jack’s ego by telling him that he is a better player than Kat Dunn, then tells him that he will tank his own game just to see Jack win. Ovi goes on to say that he doesn’t care about the money, he doesn’t need it, and if anyone takes a shot at Jack, he will take two back at them. Ovi even goes so far as to say that if Jack helps him to stay in the game, he will be indebted to Jack outside the house.

Either Ovi is dumb, or this is brilliant gameplay! Jack was looking for his ride or die, and Ovi promised to be it. Imagine someone saying I will make sure you win and I don’t want the money! Can Ovi be serious? Is he that much of a super fan that he just wants to play the game?

My guess is that we are going to see the first Nightmare Power walk out of the house on Wednesday with Ovi.

It would have been fun to see Ovi use the Nightmare Power and shake up the house, especially the “Jack Show”, I am personally hoping that Ovi was justing playing Jack when he said he would give him the game.

What are your thoughts about Ovi? Do you think he is using strategic gameplay, or just making dumb decisions?