Bold And The Beautiful Spoilers & Recap Tuesday, July 2: Thomas Has A Plan – Liam Tells Hope He Slept With Steffy 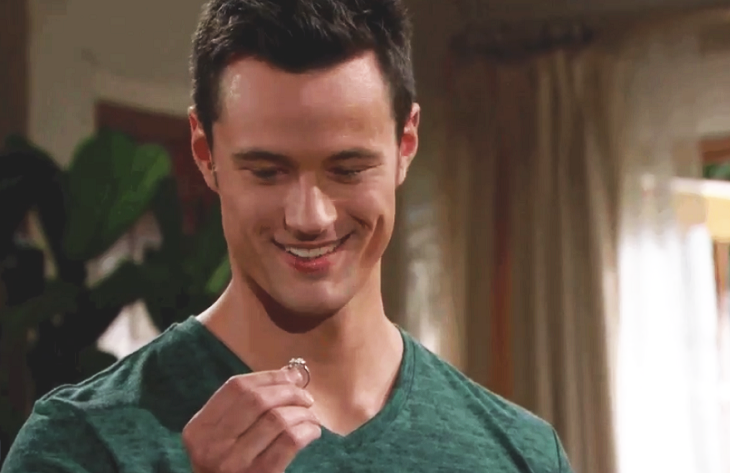 Hope thinks Douglas had a good time, but reveals she embarrassed herself by calling Phoebe “Beth.” Brooke thinks it’s only natural, since Phoebe is the same age and imagines Liam Spencer (Scott Clifton) thinks about that too.

Hope isn’t so sure and adds he has another home now and another life. Brooke reminds her Liam loves her. Hope says Thomas Forrester (Matthew Atkinson) thinks Liam doesn’t want his old life back. Brooke snaps that Thomas doesn’t know what he’s talking about.

Bold And The Beautiful Spoilers – The Reviews Aren’t In Yet

At the main house, B&B’s Thomas takes a call from Vincent Walker (Joe LoCicero), who asks if he had a good time with the ‘stuff’ last night – best sex of his life right? Thomas says the reviews aren’t in yet and disconnects. Douglas appears and Thomas asks if he had fun yesterday before switching gears to hold up a ring – he’ll give it to Hope Logan Spencer, with Douglas’ help.

Steffy and Liam each process the fact that they made love today on #BoldandBeautiful. pic.twitter.com/cXKVoviY0Y

He explains to the boy that if he gives Hope the engagement ring, she’ll be his new mommy. Douglas seeks assurance his mommy in heaven won’t be mad, then admits he wants Hope as his new mommy. He worries she loves Liam. Thomas replies, “Not if everything went well last night.”

B&B’s Liam Spencer awakens beside Steffy, who remarks, “Cha cha cha.” She assures him the girls are fine and wonders if he’s having a moment over what happened last night. Liam feels he wasn’t exactly himself. Steffy feels he was himself; she’s starting to feel like herself again too. She brings Liam aspirin and he remarks he must have had more to drink than he thought.

Bold And The Beautiful Spoilers – Thomas Forrester Is Happy

Steffy says he didn’t have much – he’s probably tired from being Super Dad. The girls cry and she goes downstairs. After, Liam asks Steffy if he was ‘a lot’ at the party. Steffy thinks he was just enjoying himself. He recalls Hope wasn’t happy and decides to visit her.

Later, Steffy’s napping when Thomas slips in and hides his cellphone behind a cushion. He then hollers, “Is anybody home?” He claims he left his phone there and fishes for information on whether she slept with Liam. Steffy asks him to stop, she wants to keep it to herself to figure out what it means. Thomas is happy for her. Steffy thinks he’s happier for himself and reveals Liam went to see Hope. Thomas thinks it’s best she hears what happened from Liam.

Bold And The Beautiful Spoilers: Brooke’s Life In Danger As She Becomes Thomas’ Next Target

B&B’s Liam arrives at the cabin and apologizes for hurting Hope, who complains about him being ‘something else’ last night. Liam did things he knows he wouldn’t have had he been putting Hope first. He reveals, “Last night, Steffy and I…” Hope finishes, “You had sex.” She asks what changed. Liam says, “It just happened.” Hope advises him not to apologize – this is what she said she wanted. She urges him to go be with his family. And that’s a wrap.