Bold And The Beautiful Spoilers: Thomas Proposes To Hope, His Manipulations Working But What Will It Cost Him? 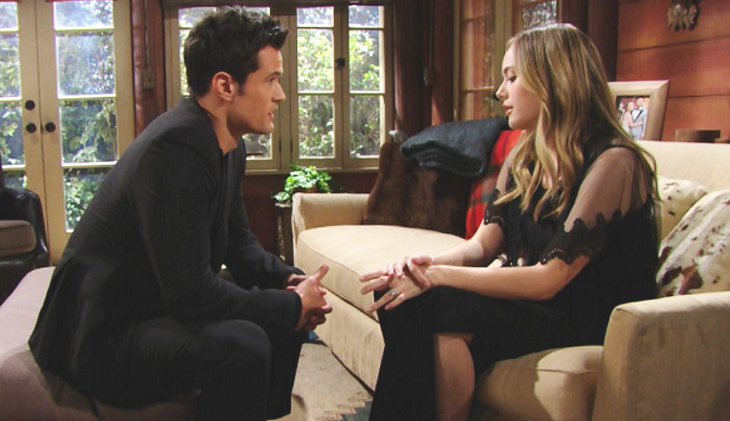 The Bold and the Beautiful spoilers indicate that Thomas Forrester (Matthew Atkinson) has some very big plans for Hope Logan (Annika Noelle). He plans to ask her to marry him. But before that happens, he needs to make sure that Hope is convinced that he is the right and only man for her.

And the only way that is possible is if he manages to get Liam Spencer (Scott Clifton) and Steffy Forrester (Jacqueline MacInnes Wood) to sleep together. Thomas will even go as far as to drug Liam to make sure that it happens. Here’s what you need to know.

Matthew Atkinson, who plays Thomas on the hit CBS soap, put it this way to Soap Opera Digest:“Thomas is at the top level of manipulation here. He knows Liam and he knows that if he can bring Liam out of his shell, then he will act on his feeling for Steffy and psychedelics are one of the few ways to do that.

Bold And The Beautiful Spoilers – An Illegal But Effective Choice

“It’s a very illegal choice but a very effective one. It’s not changing who Liam is, it’s just bringing Liam into his own. Knowing who Liam is, this puts him into this situation with Steffy and the girls and knowing the emotional state that Hope is in, he’s not going to flip flop back. Finally! it’s a move to get things to happen a whole lot more quickly that if they were to happen naturally.”

Atkinson further explains, “If Hope sees that Liam has given his love to Steffy, and here’s Douglas pulling her heartstrings, then it’s mission accomplished. Thomas has put a lot of thought into this, so for her to say yes, it would be ideal.”

Bold And The Beautiful Spoilers – Icing On The Wedding Cake

Atkinson goes on to say that for Thomas to marry Hope would definitely be the icing on the cake and that it would be a culmination of all of his wishes coming true.

He definitely wants to make her happy, but he doesn’t realize just how much that happiness is going to cost him down the road. Needless to say, fans will have to tune in for all of the action!