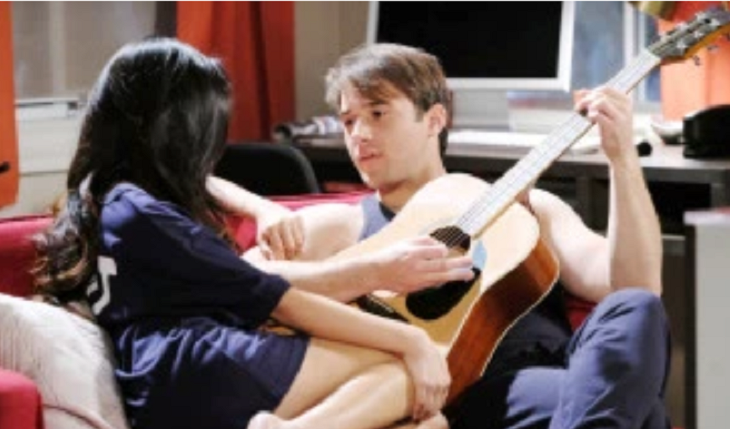 Days of Our Lives (DOOL) recap for Tuesday, July 2, 2019, reveals Eve Deveraux (Kassie DePaiva) tries to call Claire Brady (Olivia Rose Keegan). demanding to know where she is and if she got the text. Eve is upset that Jack Deveraux (Matthew Ashford) dropped the charges against J.J. Deveraux (Casey Moss).

Eve demands an explanation for Jack dropping the charges. She wants Jack to forget the past and focus on the future. Jack tells Eve to order food while he takes a shower, Eve goes to look in Jack’s briefcase. She gets the diary out and puts it in a plate to make Jack explain. Jack is upset that Eve went through his briefcase. Eve knew Jack was hiding something. Eve tells Jack he wants his memory back because he wants his old life with Jennifer Horton (Melissa Reeves) back.

Jack claims to want to be in his kid’s lives, but he needs to remember them. Eve tries to talk Jack out of using the serum and questions if he wants to risk his life to recover his memory. Jack is aware of all the risks and apologizes for not being honest with Eve. Jack asks Eve to forgive him; she does. Eve checks her phone and finds no response from Claire.

Days Of Our Lives Spoilers – Marlena Evans Promises To Help

Days of Our Lives Marlena Evans (Deidre Hall), Hope Brady (Kristian Alfonso), and Ben Weston (Robert Scott Wilson) arrive outside the cabin where Ciara screams for their help. Ben kicks in the door as Claire holds a lighter over the gasoline-soaked bed. Hope begs with Claire to let Ciara Brady (Victoria Konefal) go, and finally, she closes the lighter. Marlena holds Claire and Ben, and Hope gets Ciara out of harm’s way.

Hope hugs Ciara outside the cabin and tells her about the conversation with Claire. Hope tells Ciara they found her thanks to Ben. Ciara thanks Ben and runs into his arms. Ciara wants to know what is going to happen to Claire. Hope says Marlena will take care of Claire now. Inside, Marlena goes to get a towel to get gasoline off of Claire. Claire gets the lighter and sits on the bed. Claire begs Marlena to leave her alone and let her die.

Claire talks about everything she has done. She tells Marlena that she is worse then Ben, she is certifiable. Marlena tells Claire she will help her turn things around as Ben did. Marlena wants Claire to trust her. Claire asks if Marlena thinks she can help her. She assures Claire she can help. Claire gives Marlena the lighter and goes into her arms. Marlena and Claire leave the cabin together, heading for Salem.

Days of Our Lives Carrie Brady (Christy Clark) is closing up the pub, everyone but Rafe Hernandez (Galen Gering) leaves. After reconnecting, Rafe asks Carrie for legal advice. Carrie gets herself and Rafe coffee to talk about baby David’s guardianship. Rafe explains to Carrie that Jordan Ridgeway (Chrishell Hartley) wants him to raise her child.

Carrie tells Rafe he was always a great stepfather to Sami Brady’s (Alison Sweeney) kids. Carrie’s marriage has fallen apart, and she has no idea how. Rafe thought things were good with Carrie and Austin Reed (Austin Peck). He tells Carrie he’s always there if she needs to talk. Carrie tells Rafe she tried to save her marriage, but she was the only one trying. Rafe and Carrie hug and begin to kiss.

Days of Our Lives Haley Chen (Thia Megia) and J.J. are in bed discussing their reunion. J.J. tells Haley the charges against him were dropped. J.J. thinks Haley is probably exhausted and tells her to get some sleep. J.J. and Haley admit they started to fall for each other singing in his apartment. He plays the guitar and Haley sings to him again.

Days Of Our Lives Spoilers – Tripp Dalton Gets Some Support

Days of Our Lives Kayla Johnson (Mary Beth Evans) calls, and Shawn Brady (Brandon Beemer) answers the phone after finding Claire’s phone and seeing the text from Eve. Shawn sees blood and wants to call the cops, Kayla tells him to come to the hospital. Shawn arrives at the hospital and sees Tripp Dalton (Lucas Adams).

Hope gets Ciara to the hospital and tells Shawn that Tripp’s story is true. Ciara apologizes for setting a trap for Claire. Hope tells Shawn that Claire is going to need all of them. Kayla sits with Tripp happy that he survived. Hope hugs Shawn to reassure him as Ciara runs into Ben’s arms.