General Hospital Spoilers: Jason And Sam Reconnect But Keep Their Eye On The Prize – Taking Shiloh Down 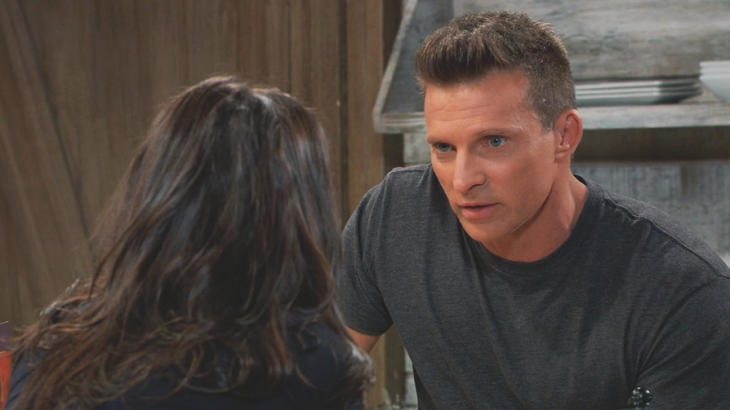 General Hospital spoilers for Monday, July 1 tease that Jason Morgan (Steve Burton) and Sam McCall (Kelly Monaco) will finally have a chance, after several months, to truly reconnect. They have been involved in the sting to take down Shiloh Archer (Coby Ryan McLaughlin) for several months now, starting with trying to rescue Sam’s sister, Kristina Corinthos-Davis (Lexi Ainsworth).

At that time, Sam infiltrated the Dawn of Day cult in order to get closer to Shiloh and out-con the con, so to speak. As General Hospital viewers know, Jasam had to keep their relationship secret during that part of the sting, and now that Kristina is out and the exit therapy has worked, Sam and Jason can go back to normal in their relationship.

This will be good not only for Jason and Sam, it will be good for their son Danny Morgan (Porter Fasullo) who has been missing both his mom and dad and had been hanging out at the Quartermaine mansion a lot. And while most kids enjoy a visit with Grandma and other relatives, there’s no place like home with Mom and Dad!

Of course, Jasam fans have been longing for some action between the couple in the “Love In the Afternoon” department, as no doubt the couple themselves have so General Hospital fans may see that happen as well.

However, the Shiloh story is still ongoing and doesn’t seem to be anywhere near its end. Jason and Sam are still heavily involved in doing whatever it takes to get rid of the Shiloh problem plus being part of “Wiley’s Army.”

They have been helping to protect Wiley Cooper-Jones (Eric and Theodore) from Shiloh’s efforts to invalidate the adoption by Lucas Jones (Ryan Carnes) and Brad Cooper (Parry Shen). Shiloh wants  custody of the child he thinks is his son for himself.

Even Shiloh’s high priced lawyer, Zahra Amir (Maysoon Zayid), however is warning him that Judge David Walters (William Allen Young) may not rule in favor of a father who is living out of a motel with no visible means of steady income. Shiloh will have to get his act together.

What Wiley’s Army, Lucas, Brad, Jason and Sam may fear is that if Shiloh cannot get legal custody he may opt for illegal custody in the form of kidnapping. So even though Sam and Jason reconnect and conduct their relationship publicly, they’ll still be working to protect Wiley and take Shiloh down!