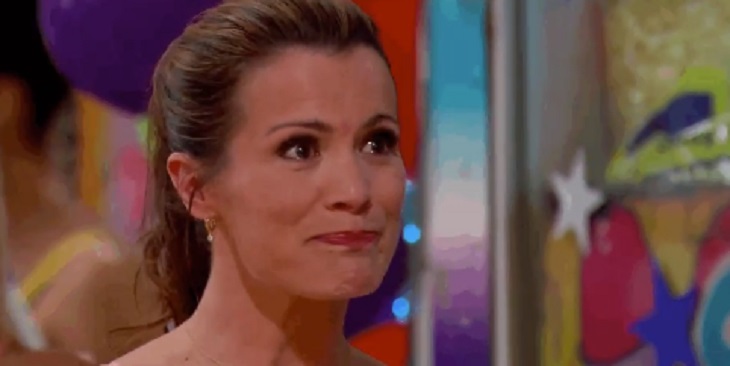 “The Young and the Restless” spoilers for Wednesday, July 3, tease that Victor Newman (Eric Braeden) will have some big news to pass along. At Newman Enterprises, Victoria Newman (Amelia Heinle) and Abby Newman (Melissa Ordway) are nervous when they arrive for updates. They get filled in on the experimental protocol, but Nikki Newman (Melody Thomas Scott) doesn’t admit any terrible side effects.

Victor Newman (Eric Braeden) expresses gratitude for his family’s support and later heads to the carnival with Nikki. Meanwhile, Victoria stops by Dark Horse and needles Phyllis Summers (Michelle Stafford). Phyllis thinks she’s going to take Dark Horse to the top and make it the most powerful company in Genoa City.

Victoria isn’t so sure since Phyllis’ lack of experience is already creating issues. She hints at a new acquisition that’ll hurt Dark Horse, so Phyllis asks if this was about targeting her or Adam Newman (Mark Grossman). After a little more clashing, Victoria takes off.

Young And The Restless Spoilers – Summer Has Too Much To Drink

At Crimson Lights, Summer Newman (Hunter King) has too much to drink and needs to be sobered up. Theo Vanderway (Tyler Johnson) does his best by trying to get some coffee in Summer. However, Theo’s annoyed when Summer can’t stop ranting about Kyle Abbott (Michael Mealor). He ultimately decides to bolt, which leaves Summer to stumble around on the patio later.

Once Phyllis finds her, she decides Summer should come back to her suite and rest. Summer doesn’t understand what Theo’s deal is and tries to text him about being a jerk, but Phyllis intervenes. She assures Summer that she loves her and is there for her. After Summer insists she’s sorry for getting so angry before, she drifts off to sleep as Phyllis gets choked up.

At Devon Hamilton’s (Bryton James) penthouse, he lets Elena Dawson (Brytni Sarpy) that she’s free to add her own personal touches. Devon brings up the idea of including a pic of Elena’s mom. Later, they enjoy their “second first date” at the carnival. Devon wins a small bear while Elena wins a ginormous one, which amuses Victor and Nikki when they run into them.

Young And The Restless Spoilers – Chelsea Fills Nick In

Back at home, the bear Devon won is placed next to a family photo. He’s pleased to have a reminder of his night with Elena. At Society, Nick Newman (Joshua Morrow) questions Chelsea Newman (Melissa Claire Egan) about where she went and what she did after leaving town. Chelsea confesses that she met up with her mom, Anita Lawson (Catherine Bach), a few months later in Louisiana.

These two are having some fun at the GC Carnival! #YR pic.twitter.com/2UgepKjX77

Talk turns to Calvin Boudreau (John Burke) soon after. Chelsea’s cagey at first, but she eventually admits Calvin dated Anita before he settled down with her. Nick wishes Chelsea had chosen to trust him before she abandoned their life together. She’s apologetic before Nick wonders what Chelsea’s goal in coming to GC was. Calvin shows up and is curious about that himself.

Chelsea introduces Nick to Calvin and contends that she had to know where she stood with Adam. She didn’t want Calvin to fret. Nick brings up Connor Newman (Gunner and Ryder Gadbois), but Calvin doesn’t think Nick has to worry about Chelsea or Connor any longer. Once Chelsea embraces Nick and bids him farewell, she heads toward the exit with Calvin.

“The Young and the Restless” spoilers say more secrets and shockers await! We’ll keep you posted as other Y&R details and rumors emerge. Stay tuned to see what’s next on the CBS soap.