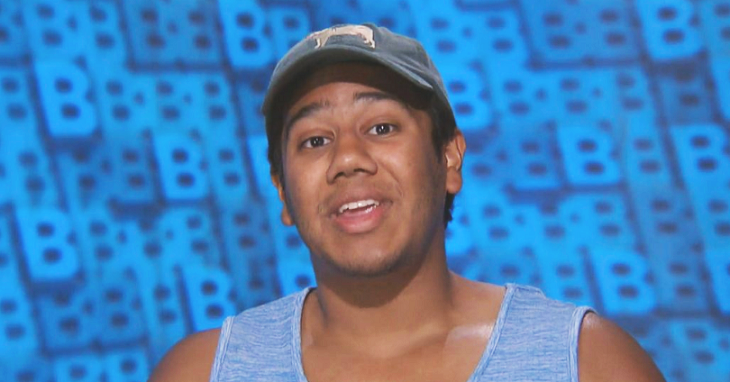 Big Brother 21 (BB21) spoilers tease that Ovi Ravir wrapped up his campaign to stay another week on Wednesday, July 3. He told the live feeders and his girlfriend goodbye and that it’s out of his hands. He hopes that all the campaigning will pay off when the house votes on if he or Kathryn Dunn should be evicted.

For the past few days, Ovi has worked hard to stay in the house. He tried to make all kinds of deals. As a last ditch effort, he told Jackson Michie and Jack Matthews about his special power, promising to use it if they are ever put on the block.

At first, the deal concerned the men. They wondered if this made Ovi dangerous and considered evicting him just to get the power out of the BB21 game. Then they thought about it, and they began to wonder if they could use the power to their advantage.

Christie Murphy, as the HOH, only will get to cast a vote if there is a tie. She told both nominees that if there is a tie, she will save them. BB21 spoilers state that no one knows how she will vote as she has mentioned that she feels both have a strong case on why they should stay.

Also, she mentioned that Production told her that Kat should go home first. Whether or not, CBS really hinted that the house should vote off Kat remains to be unseen. It’s possible that Christie made that up to try to convince Jackson and Jack to keep Ovi.

Big Brother 21 spoilers state that Jack worried they would make the wrong decision and vote off the wrong person. He wished BB would allow them to have paper to writing the “pros and cons” of each nominee.

It's almost time for #BB21! One Houseguest will be sent packing… but, who will it be? Find out tonight at 8/7c sharp! pic.twitter.com/I1k6pT10HU

While Ovi is ready to leave the Big Brother game, he remains hopeful that his campaigning will save him, and Kat will be sent home. If he does stay, Jack and Jackson will expect Ovi use the special power to save one of them if the new HOH puts them on the block.

Do you think Ovi will be saved from eviction?