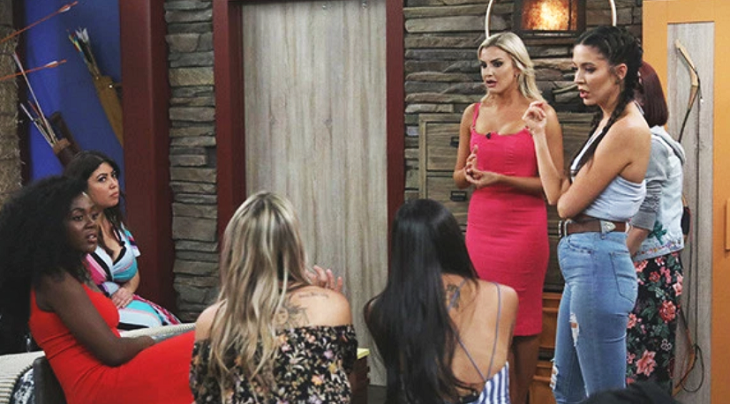 There are many alliances forming already in the Big Brother house. Nick, Isabella, Holly, Christie, Michie, and Jack formed an alliance of six. Tommy and Analyse joined the alliance, called the “GrEIGHTful”. Tommy has his final 2 alliance with Christie. Sam, Jack, Nick, Christie, and Analyse have their five-person alliance called “Stage 5.”

And now, the “Black Widows” have their alliance consisting of Kemi, Bella, Nicole, and Jessica. Originally it was meant to be just the four of them, with the plan of bringing in more women and growing their alliance.

They knew and agreed that they had to be smart and keep their alliance secretive. It seems that only three of them kept to the “secretive” part and once Bella had the chance, she spilled the beans to Nick.

Christie was tired of doing Jack’s dirty work and she knew that his master plan was to be the puppet master to the girls and get no blood on his hands. She spoke to Bella about her concerns and they agreed that the way to get back at Jack, and some of the other men, was to form this all girl’s alliance and go after them.

Two Houseguests went on the block while another gained a secret advantage in the game. Catch up now: https://t.co/mDopXAbLIG #BB21 pic.twitter.com/5oBWWmIn4p

The two of them didn’t believe Analyse would be on their side though, because as much as she says she would, they believed that she was too tightly wound up with Jack.

And where a girl’s heart is involved, she is not going to stay true to an alliance if it goes against a showmance. Christie was concerned about Analyse, and it is Bella who lets the cat out of the bag.

As the news started to travel about an all-girls alliance, Jack confronted Analyse and asked: “you b***hes conspiring against us?” Analyse replied that she hadn’t heard anything about an all girl’s alliance.

Jackson asked Tommy if he knew anything about an all girl’s alliance. He said no, he’s not a girl, but he feels like he would know about if there was an alliance.

I personally hope the Black Widows regroup and take out the men. I am so very tired of Jack and Jackson – they need to go so we can go back to game playing and not making out with the girls and shaming other people. What are your thoughts? Do you want to see an all girl’s alliance? Do you think they have it in them to beat the men?