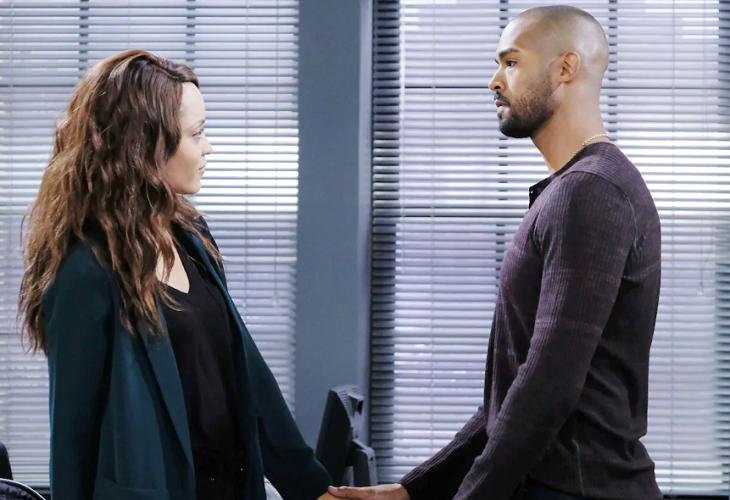 “Days of Our Lives” spoilers for Thursday, July 4, tease that Rex Brady (Kyle Lowder) and Sarah Brady (Linsey Godfrey) will throw the Brady-Horton bash as planned.

They were sorry to hear about Claire Brady’s (Olivia Rose Keegan) issues, but she’s getting the help she needs now. There’s no reason to shut down all the Independence Day fun, so they’ll move forward with the barbecue.

Eric Brady (Greg Vaughan) will be on hand to face off with Rex, but don’t worry! This won’t involve some tense fight over Sarah. Instead, Rex and Eric will have a brother burger battle. “Days of Our Lives” spoilers say they’ll rise to the challenge during a cookoff, so it’ll be interesting to see who reigns supreme.

Days Of Our Lives Spoilers – Dealing With A Confrontation

Over with JJ Deveraux (Casey Moss) and Haley Chen (Thia Megia), they’ll enjoy their Fourth of July together as well. However, they’ll have to deal with a confrontation first. DOOL spoilers state that Jack Deveraux (Matthew Ashford) and Eve Deveraux (Kassie DePaiva) will gripe about Haley’s status. She’s allowed to stay in the U.S. thanks to Melinda Trask’s (Laura Kai Chen) request to the senator.

Haley still has to handle some legal drama, but she can do it from within the country now. That’s great news since she wants a future with JJ, but Eve and Jack certainly won’t be jumping for joy when they get updates. “Days” spoilers say JJ, Haley, Eve and Jack will all do some bickering in Thursday’s episode.

Elsewhere, Lani Price (Sal Stowers) will get a romantic surprise from her boyfriend – who’s about to become her fiancé! “Days of Our Lives” spoilers hint that Eli Grant (Lamon Archey) won’t want to waste any more time.

Days Of Our Lives Spoilers – Carrie Brady Makes A Confession

He’ll whip out a beautiful engagement ring and ask Lani to become his wife. Eli will let Lani know that he wants to spend the rest of his life with her, so she’ll happily give him a “yes.”

Next, Carrie Brady (Christie Clark) will confide in Roman Brady (Josh Taylor). She’ll fill him in on her separation from Austin Reed (Austin Peck) and maybe even confess to sleeping with Rafe Hernandez (Galen Gering). Carrie will really be unburdening herself on Thursday, so expect a lot of emotions to pour out.

“Days” will finish off the show with some fireworks, so DOOL fans won’t want to miss all the action. We’ll keep you posted as other details and rumors emerge.