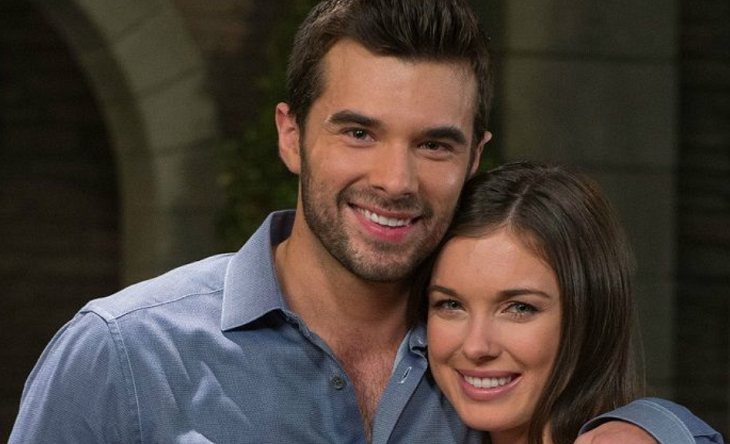 “General Hospital’s” preview video hints that exciting and shocking things are up for this week. The video hinted that Detective Harrison Chase (Josh Swickard), who always goes by the rules, wants to break his girlfriend Willow Tate (Katelyn MacMullen) out of prison. The schoolteacher is currently behind bars after being held in contempt of court. Will Harrison act on his plan or will someone talk him out of it?

Viewers may recall that Chase was forced to arrest Willow after she told Shiloh Archer (Coby Ryan McLaughlin) that he would never get his hands on her child. She was found in contempt of court after violating the court’s rule asking her to tell Shiloh everything she knows about her son.

Willow promised to protect Wiley at all costs from the man who drugged and manipulated her and that is exactly what she did. The judge, who could very well be a member of the Dawn of Day, didn’t listen to Diane Miller (Carolyn Hennesy) when she said Shiloh broke HIPAA laws when he got information about Wiley’s birth.

Instead, he ruled in favor of the cult leader. Diane even almost got arrested herself for refusing to answer questions. That’s when Willow finally admitted that she did have a baby but told him that he’d never get her child.

Shiloh was pleased to see Willow lose her temper in court. But his enjoyment didn’t last long as he didn’t get what he wanted. Willow refused to tell him what he needed to know. Because of her actions, she was sent to prison.

But what viewers failed to anticipate was that it would be her lover Harrison who would arrest her in the courtroom. He gently put the handcuffs on and read her rights. It was indeed an emotional scene between these two and the idea that the love of his life will be behind bars might force the detective to do something.

Chase will meet up with Hamilton Finn (Michael Easton), which could spell trouble as having the two together could lead to desperate moves. Hopefully, Finn could talk Chase out of his plan to break his girlfriend out of prison.

Chase and Finn have a lot more in common than they realize. Will opening up help the brothers work through their issues?#GH is brand-new and starts RIGHT NOW on ABC! @josh_swickard pic.twitter.com/mxrCbOzdtf

The detective will be in a mess thinking that Willow is suffering in jail. Finn will try to offer him reassurance and just hope that he won’t resort to doing something drastic.