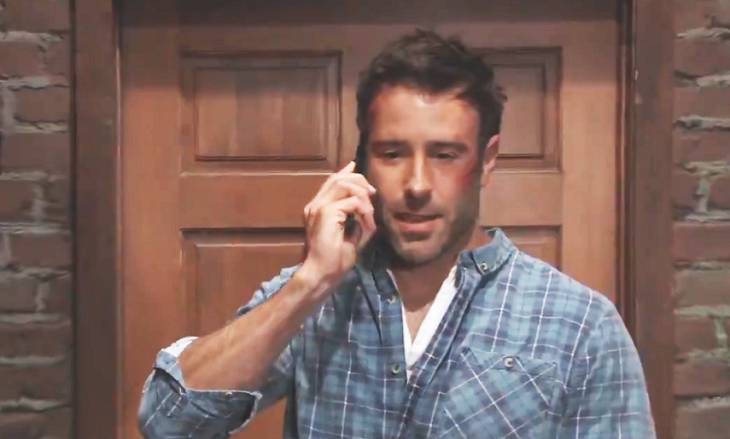 General Hospital spoilers indicate that even though everyone is doing what they can to get rid of Shiloh Archer (Coby Ryan McLaughlin), it doesn’t look like the Dawn of Day cult leader is leaving anytime soon. In fact, he might have just gotten started.

And while the character has been called every name in the book (and then some), his portrayer thinks that there’s another side to his character that fans just simply haven’t seen yet. Here’s what you need to know.

Even though Coby Ryan McLaughlin admits that he loves playing a soap opera villain, he does have his challenges. But what he loves so much about Shiloh and his wicked ways is that you never know what he might do next. He is a constant enigma. One moment, he is charming the socks off many people, and the next moment he’s acting like a sexual predator.

“He’s so charming and smart and he is the master at playing the long con because that’s what his life has been,” McLaughlin recently told ABC Soaps in Depth. “He doesn’t ever do anything directly. He uses people and gets them to do things for him.”

But with that said, McLaughlin does admit that there are moments in which Shiloh does want to do the right thing. However, he just hasn’t been given the opportunity to do so. He’s a man with a mission and a terribly big ego and he believes that he is the leader that everyone is looking for, or rather, needs.

“Don’t we all want to be a good guy? He’s constantly chasing that, but he gets yanked back,” McLaughlin added. “He can’t help himself.”

With that said, there are a lot of people who would still love to see Shiloh gone – or even dead for that matter. He’s done enough damage to last a lifetime.

Actress Katelynn MacMullen, who plays Willow Tate on the hit ABC Soap, begs to differ. She says rather bluntly, “She hates him. I think Willow might end up going crazy one day. She has a stronger survival instinct than I do, because she has to keep it together or she will fall apart.”