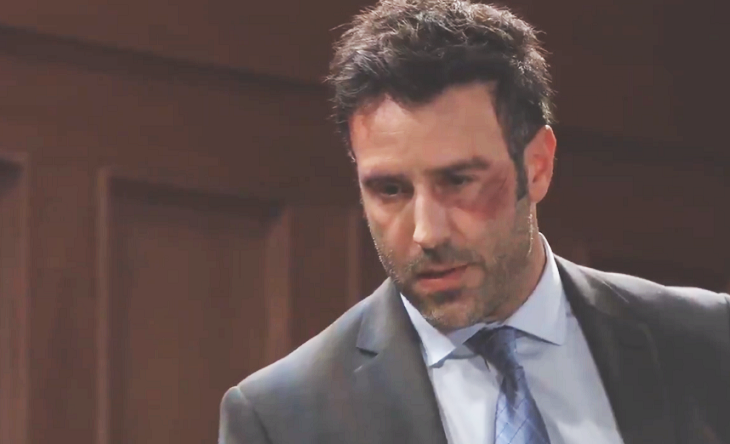 “General Hospital” spoilers for Friday, July 5, tease that some great action’s on the way. We should point out that GH will air a rerun on Thursday, but Friday’s episode will be brand-new. There’s a lot to cover, so let’s talk about all the drama ahead.

First, Shiloh Archer (Coby Ryan McLaughlin) will meet with his attorney, Zahra Amir (Maysoon Zayid). They’ll undoubtedly talk about the baby cloth Shiloh stole and what their next move should be regarding “Wiley Cooper-Jones.” However, Zahra will have concerns about Shiloh’s motives. She’ll wonder if his goal is to reclaim his child or the child’s mother.

Shiloh still seems pretty obsessed with Willow Tait (Katelyn MacMullen), but Zahra will think he needs to put the past behind him and focus on his son. In the end, Shiloh may agree that getting custody of “Wiley” is what’s most important. Of course, Shiloh certainly isn’t going to find any DNA proof, so it’ll be interesting to see where things go from here.

Over with Jason Morgan (Steve Burton), he’ll reach out to Harmony Miller (Inga Cadranel). Jason will insist that Harmony owes Willow the truth about how her father died. It seems he’ll want Harmony to come clean about Shiloh’s involvement on the record and pitch in with the cult leader’s take-down.

While Jason tackles that challenging task, Sam McCall (Kelly Monaco) will face one of her own. She’ll put on a waitress uniform and pretend she works at the diner in Beechers Corners. Sam will hope she can get a statement from Carol Lockhart (Mandy Musgrave), but she may hit a snag or two. It’s always fun to see Sam undercover, so GH fans will look forward to these scenes.

Next, Kristina Corinthos-Davis (Lexi Ainsworth) will plead for Neil Byrne’s (Joe Flanigan) assistance. He flipped out on Alexis Davis (Nancy Lee Grahn) after she revealed that she knew about his deceased daughter, but it appears he’ll have to put that issue aside. Neil is committed to helping Kristina heal, so she’ll count on him to come through for her on Friday.

Kristina will suggest that if she doesn’t tell Alexis the truth now, she probably never will. She seems ready to divulge what was in her pledge, so Neil will need to handle this situation carefully. There’ll be some strong emotions on both sides, but Neil can hopefully help this mother and daughter reconnect.

Other “General Hospital” spoilers say Sonny Corinthos (Maurice Benard) will speak with Brick (Stephen A. Smith). He’ll need Brick to protect a friend for him, so this will tie in with Dev (Ashton Arbab) and the plan to pass him off as Sonny’s cousin.

As Sonny works hard for Dev’s sake, Trina Robinson (Sydney Mikayla) will pick up on the tension between Dev and Josslyn Jacks (Eden McCoy). She’ll wonder what Dev did to make Joss to mad. Dev will likely touch on the Oscar Nero Quartermaine (Garren Stitt) disagreement and perhaps get some advice.

“General Hospital” viewers will also hear Josslyn’s answer for Cameron Webber (William Lipton). He’s hoping she’ll go to the wedding reception with him, but will Joss agree? There’ll be some awkward moments for Cam and Joss on Friday either way!

It sounds like another hot episode’s coming up. We’ll give you updates as other news and rumors emerge.