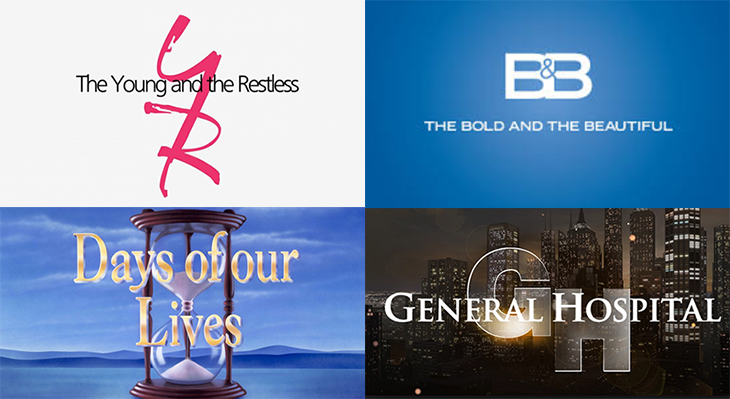 For many, the Fourth of July is all about family time, fireworks, and barbecues, but how will the American holiday affect the normal daytime scheduling on NBC, CBS, and ABC? We have the scoop right here on what you can expect below.

CBS will air a new episode of The Young and the Restless (Y&R), without any interruption. Keep your eye out for new spoilers on what to expect on July 4. There are so many things coming up on the show. With so much happening, you don’t want to miss a single episode.

NBC will also air a new episode of Days of Our Lives. The holiday will not affect the normal schedule. DOOL fans will be able to see the newest drama that will come out on Thursday, July 4 in Salem.

Like its sister soap Y&R, Bold and the Beautiful (B&B) will air a new episode on CBS. B&B fans won’t have to wait to see how the storyline between Hope Logan (Annika Noelle) and Liam Spencer (Scott Clifton) heats up, when he confesses that he hit the sheets with Steffy Forrester (Jacqueline MacInnes Wood). Viewers are not going to want to miss an episode this summer as we inch closer to the baby Beth reveal.

The only soap opera that will not air a new episode is General Hospital (GH). As always on July 4, ABC will air a previously aired episode.

Memorable Family Gatherings As They Celebrate The Holiday

DOOL, Y&R, and B&B might show some July 4 BBQ’s or some family gatherings as they celebrate the holiday. Keeping watching your favorite soap operas as the sizzling summer drama is just getting started.

We would like to wish our fans and followers a very happy Independence Day!

We’ll give you updates as other news and rumors emerge. General Hospital airs on ABC. As always, more detailed Spoilers and Breaking news will appear here on Hollywood Hiccups!