Bold And The Beautiful Comings And Goings: Mikey Ryan Makes His Daytime Debut 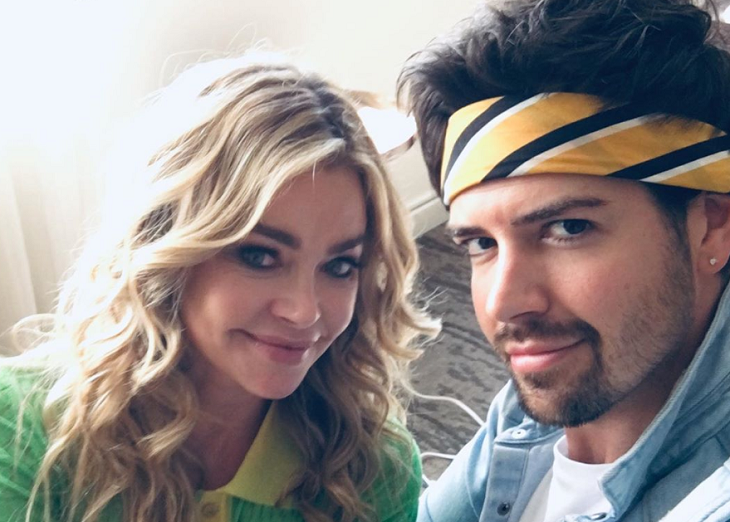 Mikey Ryan has landed his first soap opera role after being cast on “The Bold and the Beautiful.” Ryan is Denise Richards’ real life personal assistant.

Richards portrays the role of Shauna Fulton on the soap and also stars on “The Real Housewives of Beverly Hills.” Ryan recently shared the exciting news with fans on his Instagram account.

“SOO excited to have filmed scenes on @boldandbeautifulcbs this week!! I’m an actor y’all.”

B&B showrunners are keeping Ryan’s role and storyline under wraps for now, but he is expected to make his debut on the soap soon.

Bold And The Beautiful News – Emma Barber Exits The Sudser

In related comings and goings news, Nia Sioux has wrapped up her stint on the sudser. Sioux debuted in the role of Emma Barber back in April 2018.

She played as the Forrester Creations intern until June 24, 2019, when she got killed in a fatal car crash while on her way to tell Hope Logan (Annika Noelle) the truth about baby Beth.

Viewers know that Thomas Forrester (Matthew Atkinson) will do everything to keep the secret about Hope and Liam Spencer’s (Scott Clifton) baby Beth and when push comes to shove, he won’t hesitate to silence forever those who dare reveal the truth.

Bold And The Beautiful News – Charlie Webber Set To Return

Fans of Sioux need not to worry because even though she’ll no longer be on “The Bold and the Beautiful,” the 18-year-old actress has two new upcoming films. She’s set to appear in “The Code” and “The Lies I Tell Myself,” which is currently in post-production.

Apart from Ryan, another hottie has joined the cast of “The Bold and the Beautiful.” Joe LoCicero has been cast for a recurring role on the soap. LoCicero will portray Vincent Walker, a character that’s been described as Thomas Forrester’s “nefarious colleague.” He made his debut on the show on June 27 and is set to appear once again on July 2.

Viewers will also see other familiar faces back on the show. Dick Christie is also coming back as security guard Charlie Webber on July 5 and 8. After a long hiatus, Jennifer Gareis is also returning to the show as Donna Logan.