Coronation Street Comings And Goings: Kirk Returns To The Cobbles 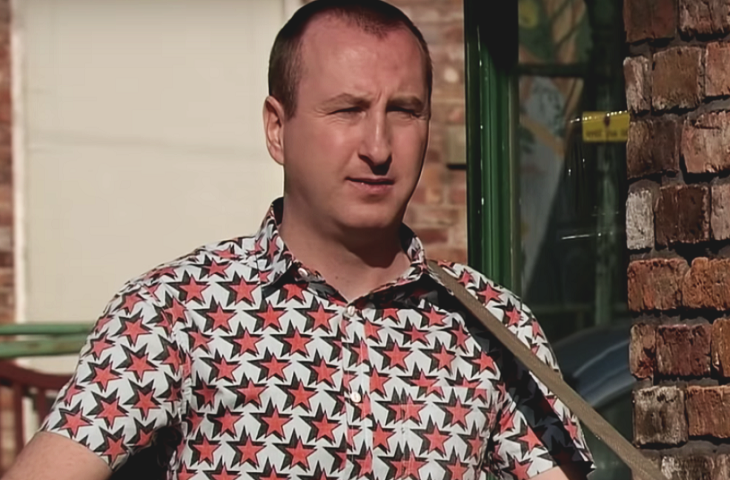 It’s been confirmed that Kirk Sutherland (Andrew Whyment) is returning to Coronation Street next week. Beth Tinker will surely be surprised to see her love arrive at the community centre after his nationwide tour.

This will be the first time he has appeared  on screen after leaving the cobbles more than a month ago to pursue his dream. The problem is that he is only back for a brief visit, which will leave Beth feeling disappointed.

Kirk will tell her that he already has tour dates lined up but she will notice that there is something off about his behaviour. Kirk will then admit that he doesn’t want to go because he misses her terribly.

Does this mean that there’s a chance he’ll be staying for good? If he does, it’ll mean turning back on his dreams of musical stardom.

Coronation Street Spoilers: Steve Is In For A Shocking Surprise

Viewers may recall that Kirk made an emotional farewell to his wife Beth the last time he was seen on screen. It all started when he participated in a talent show where he managed to catch the eye of a talent scout.

Beth became suspicious when he met up with the talent scout only to find out later on that Kirk was asked to go on tour. The pair ended up arguing and things escalated when Beth told Kirk that he only received an invitation because the scout was looking for comedy acts.

The following week, Kirk hatched a plan to make Beth believe that he was still angry at her. But it was actually a surprise as he performed a song for her, his original love ballad about their “mutual love of dogs,” outside of the Rovers Return before he left the cobbles for the tour.

Look who's back in Weatherfield!

Nothing much is known about Kirk’s upcoming return and if he is staying for good. But one thing is for sure. He will be back at Weatherfield on July 8.

Apart from his role in Coronation Street, Whyment is also known for his role as Darren Sinclair-Jones in “The Royle Family.” He also appeared as a contestant in “Soapstar Superstar,” “Bullseye,” and also took part in “Dancing on Ice.”