Days Of Our Lives Spoilers: Eve And Jack Shocked To See Haley With JJ At Brady-Horton Barbecue 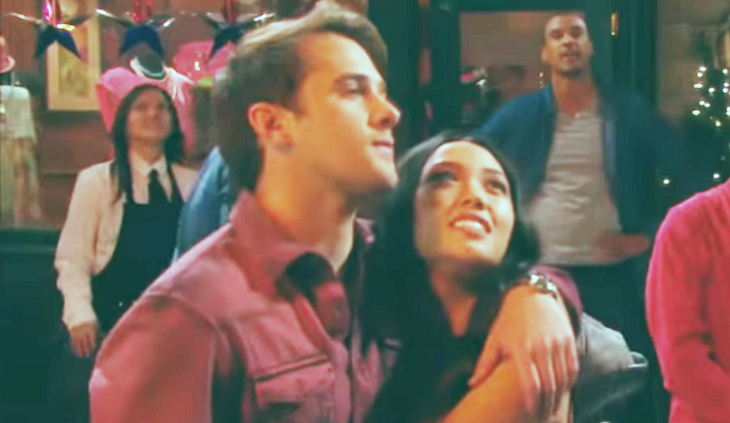 Days of Our Lives spoilers tease that Jack and Eve Deveraux (Matthew Ashford, Kassie DePaiva) will be stunned to see Haley Chen (Thia Megia) with JJ Deveraux (Casey Moss) at the Brady-Horton barbecue. They find out she is back in the country legally, and there is nothing they can do about it.

As Days of Our Lives viewers know, Melinda Trask (Laura Kai Chen) was able to call in a favor from a high-ranking official she knew who far outranks Jack. She got Haley a stay to be in the United States legally, while her green card application processes and completes.

Viewers have a feeling that JJ and Haley will get married before that process is complete, once the marriage to Tripp Dalton (Lucas Adams) is invalidated, if it isn’t already. All this happened without Jack and Eve being notified at all.

Eve in particular will probably be very upset that anyone, United States government official or not, could go behind her and Jack’s back to get Haley back legally before she even got to China to begin with. Eve has quite the ego, and Jack’s not far behind her ego-wise!

Days Of Our Lives Spoilers: Eric Shocked To Find Carrie And Rafe In Bed Together

Other Days of Our Lives spoilers say there will be a clash between Jack and Eve and Jennifer Horton (Melissa Reeves), JJ and Haley, because Eve will probably start it once she and Jack spot Haley.

They may have crashed the Brady-Horton barbecue that is meant for Brady and Horton family members, although friends are welcome. Neither Eve nor Jack has any family ties to either the Horton or the Brady family other than long-divorced ex-spouses.

Days Of Our Lives Spoilers – Wants To Heal Relationship

Jack, and in particular Eve, will not only be stunned when they find out Haley is back legally, they’ll be offended; Eve probably much more than Jack, since Jack secretly wants to heal his relationship with his son JJ.

Days of Our Lives Spoilers: Tensions Mounting Between Jack And Eve – Awkward Convo With Haley And JJ Seals The Deal https://t.co/wc9DF28HTT pic.twitter.com/ee6xADPzxJ

Jack will know his going over Eve’s head and getting the legal charges dropped against JJ did not extend to Haley’s deportation, so he may think that JJ again got Haley back from China illegally until he learns the backstory.