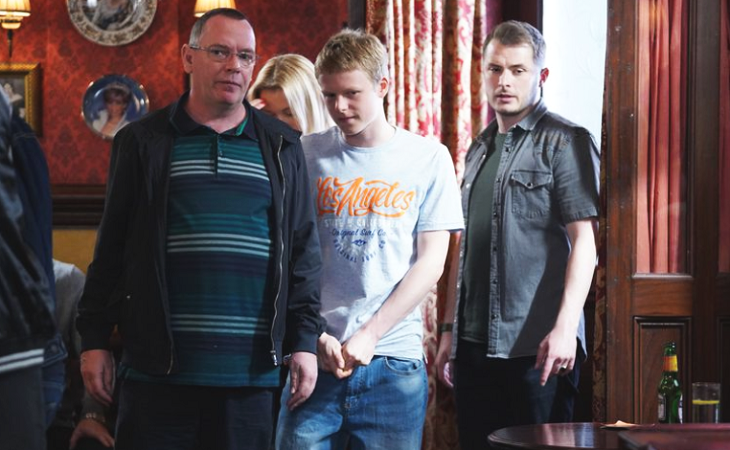 Since his return, his father has struggled to reconnect with him even with Kathy Beale’s (Gillian Taylforth) continued encouragement. When Ian decides to focus on finding his missing granddaughter Abi Branning, Kathy stepped in and tries to reach out to Bobby.

However, her efforts were unsuccessful. Bobby rejected her and went off to secretly meet a mystery friend from his time at a youth offenders facility. Bobby gets the support he needs and even takes his friend’s advice to appease Kathy and agree to check out some available home tutors.

The question now is if this is the start of a new beginning for Bobby or will this pave the way for a much darker storyline for the teen?

Everyone needs a friend like Tiff in their life. #EastEnders pic.twitter.com/wPH5rK4VyP

Viewers recently witnessed not only the return of Bobby but also Ian who recently came home from New Zealand to reunite with his youngest son. As expected, Ian didn’t know how to act around Bobby, who was responsible for the death of his sister Lucy.

Ben Mitchell (Max Bowden), Ian’s half-brother, urged him to feel proud of his son in a way as he’s already served his time for what he has done. So, Ian decides to bring Ben, Bobby, and Kathy to the Queen Vic.

But the teen’s arrival at the place doesn’t sit well with many of the patrons who know what he’s done. While others remain hostile, Max Branning (Jack Branning), who recently accosted Bobby when he came back to town, takes the high road and pays one round for the family.

The family are surprised by Max’s gesture and Bobby rushes to go home. Ian and Kathy follow him and try to console him but Bobby just wants to be alone.

What’s next for Bobby Beale? Is he ready to live a trouble free and low key life or is “EastEnders” lining up a dark storyline for the character?