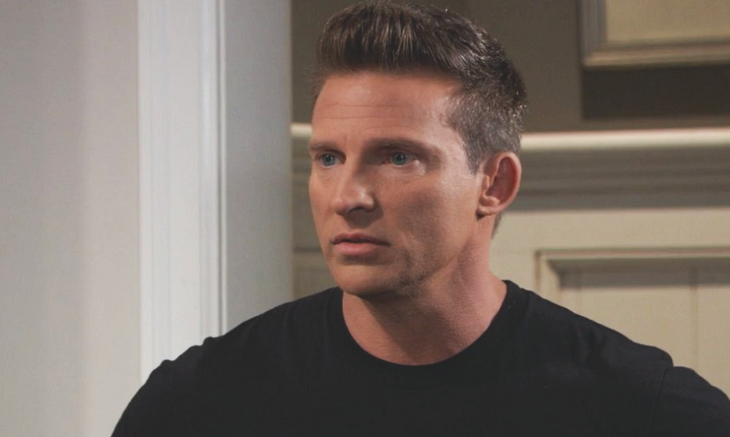 “General Hospital” spoilers for Friday, July 5, tease that Kristina Corinthos-Davis (Lexi Ainsworth) will insist it may be now or never. She just showed up to see Neil Byrne (Joe Flanigan) and ask him to conduct a session with Alexis Davis (Nancy Lee Grahn). Kristina is ready to get all the pledge drama out in the open, but Neil isn’t too happy with Alexis thanks to her boundary-crossing tendencies.

However, Kristina can be awfully persistent. She’ll be afraid she’s going to lose her nerve if she doesn’t get this off her chest now. “General Hospital” spoilers suggest Neil will put his own feelings aside for the good of his patient. It sounds like Alexis will learn the truth behind Kristina’s pledge, so there’ll be a lot to unpack in this session.

At Pentonville, Jason Morgan (Steve Burton) will show up to see Harmony Miller (Inga Cadranel). He’ll argue that Harmony owes Willow Tait (Katelyn MacMullen) the truth about her father’s demise. Jason already knows Shiloh Archer (Coby Ryan McLaughlin) orchestrated that deadly outcome, but he’ll hope Harmony can back up the story. They need something solid to take down Shiloh.

Meanwhile, Sam McCall (Kelly Monaco) will pose as a waitress in Beechers Corners. She’ll have on the diner’s typical uniform as she seeks Carol Lockhart’s (Mandy Musgrave) statement, so we’ll see if Carol cooperates. Back in Port Charles, Shiloh’s lawyer will push him to concentrate on what really matters. Zahra Amir (Maysoon Zayid) will question if Shiloh’s goal is reclaiming his child or the child’s mother.

Shiloh will have to put his Willow obsession behind him and make his objective securing custody of “Wiley Cooper-Jones.” Of course, this is all futile since “Wiley” isn’t actually Shiloh and Willow’s son. He’s Jonah Corinthos, so GH fans know a DNA test isn’t going to be a match for Shiloh.

Other “General Hospital” spoilers say Sonny Corinthos (Maurice Benard) will have a meeting with Brick (Stephen A. Smith). He’s been trying to get this Dev (Ashton Arbab) situation squared away, but he’ll need more work on Brick’s end. Sonny will be determined to protect Dev and repay his life-saving actions in Turkey. With any luck, there won’t be any red flags on this fake cousin plot.

In the Corinthos family kitchen, Trina Robinson (Sydney Mikayla) will pop in and realize some major tension’s going on. She’ll quickly pick up on the weird vibe between Dev and Josslyn Jacks (Eden McCoy). Joss lightened up a bit after her chat with Carly Corinthos (Laura Wright), but she’ll remain irritated with Dev on Friday.

Trina will naturally be curious about the source of contention. She’ll wonder how Dev managed to rile Josslyn up, so he might explain their issues involving Oscar Nero Quartermaine’s (Garren Stitt) spirit. Joss believes Oscar reached out to her, but Dev thinks the dead stay dead once they’re gone.

Once Trina gets the scoop, she may think Dev was being harsh under the circumstances. Perhaps she’ll be able to lift the tension between Dev and Josslyn even more. Sadly, there’ll also be some awkwardness between Joss and Cameron Webber (William Lipton). She looked overwhelmed by Cam’s invitation to Franco Baldwin (Roger Howarth) and Elizabeth Baldwin’s (Rebecca Herbst) wedding reception.

The idea of attending an event on another guy’s arm may be too much for Joss right now, even if it’s only a friendly gesture. Josslyn is still stuck in grief, so Cameron may find he’s made a little mess! We’ll give you updates as other news and rumors emerge.