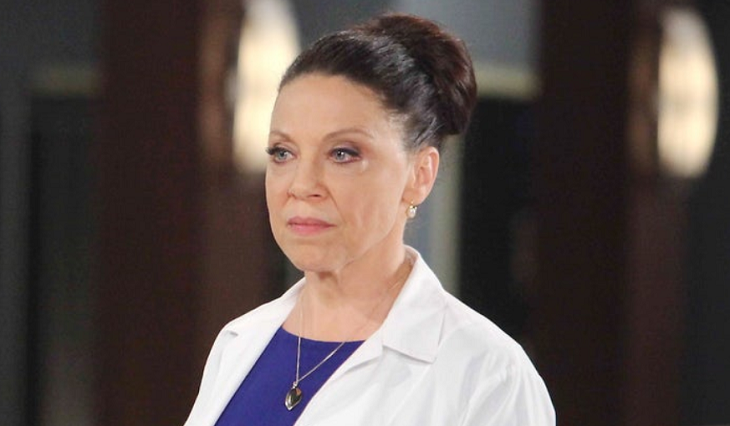 Up until this point, things have been rather quiet on the Obrecht front but that’s all about to change.

As a matter of fact, General Hospital spoilers indicate that Liesl Obrecht (Kathleen Gati) has a few things to say and apparently, she’s both ready and willing to let the cat out of the bag. Needless to say, what Liesl has to say will impact quite a few people in Port Charles. Here’s what you need to know.

According to reports, Liesl might spill one of her secrets to Franco Baldwin (Roger Howarth). The two of them have quite a solid friendship. They both have a clear understanding of how the other person operates, despite the fact that they are also villains in their own right, too.

Franco might have turned the tables in his favor recently, but Obrecht still has a lot of work to do. Even though Liesl isn’t the evil person that a lot of people make her out to be, she’s got a lot of work ahead of her.

General Hospital spoilers indicate that Liesl will tell things to Franco that will leave him pretty shocked. And this is all going to happen before his much-anticipated wedding to Elizabeth Webber (Rebecca Herbst).

Even though Liesl could have easily waited until after the wedding party to spill her secrets we all know that’s not the way it works at Port Charles. Liesl is there to deliver her well wishes to the new bride and groom and a little drama on the side, too.

While General Hospital producers have been keeping rather mum about what Liesl has to say, let’s not forget that she knows the truth about Baby Wiley and his biological parents. It’s only a matter of time before the truth comes out about that.

And while there’s a good chance that she might tell Franco what she knows, there’s also a strong possibility that he secret has something to do with his good friend Nina Reeves (Cynthia Watros). Of course, fans will have to tune in to find out what will happen next! This will be one hot and exciting summer for sure.