Young And The Restless Comings And Goings: Catherine Bach Returns To Genoa City 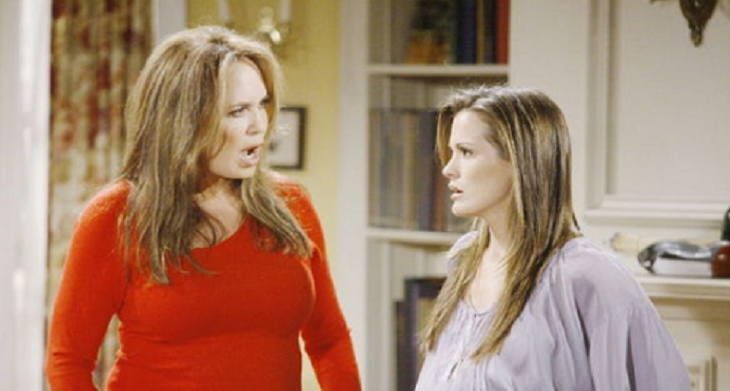 The Young and the Restless (Y&R) spoilers tease that Catherine Bach will be returning to the CBS soap opera in early August. TV Insider reports that Anita Lawson will be heading back to Genoa City soon and it is looking like it could be tied to Chelsea Newman’s (Melissa Claire Egan) husband, Calvin Boudreau (John Burke).

On Friday, July 5, Chelsea’s husband will have a medical crisis and it could lead to his exit. In other words, Calvin could die. It looks like it could be a heart attack, but, at this point, it could be murder for all we know.

Y&R spoilers tease that Chelsea seemed scared of her husband. He seemed controlling and abusive. Many viewers picked up on the signals and they wondered if her marriage may not be as wonderful as she claimed.

Young And The Restless Spoilers – Nick Newman Was Worried

Nick Newman (Joshua Morrow) picked up on her anxiety and he seemed worried about her. The Young and the Restless spoilers tease that Nick will go out of the way to save Chelsea from the abuse he believes she is suffering at the hands of her much older husband.

The one little tidbit that Chelsea disclosed to Nick was that Anita dated Calvin before she married him. She wouldn’t elaborate what that meant exactly. But she made it seem like that Anita was dating him and he met Chelsea and dropped her mom.

With Calvin likely dying of some mysterious health crisis, Anita will probably come to town to support her daughter. In fact, Anita probably has Connor and Chelsea may ask her to come to Genoa City to bring him into town, that is if she decides to stick around.

Young And The Restless Spoilers – Something Tragic Happens

All we know at this point is something tragic will happen to Calvin and on Thursday, August 8, Anita will show in town. So far, there has been no word if Y&R plans to bring Connor back on canvas yet.

Are you excited to see Anita back in Genoa City? Do you think her return has to do with Calvin’s medical crisis? Be sure to keep watching Y&R to see what happens next.