Young And The Restless Spoilers: Adam Proves He’s His Own Worst Enemy 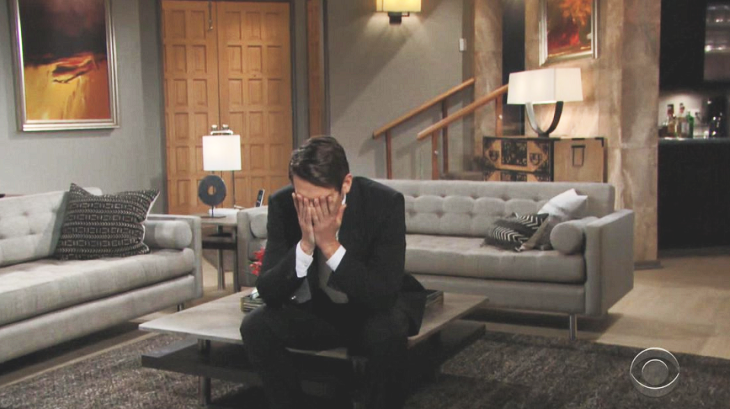 The Young and the Restless spoilers tease that Adam Newman (Mark Grossman) actually admitted to Chloe Mitchell (Elizabeth Hendrickson) that he doesn’t know why he acts like he does. Solely blaming the Newman group gene would be a cop out, Adam.

The term group, not family, could be used to discuss the Newman family, because this gathering of folks doesn’t often project love. It takes a crisis for many of them, including Adam, to actually project humanity to their fellow members. But that assessment is a bit shallow.

Exhibit A, in modern times, Adam is at odds with his father, who’s dying of a rare blood disease. Victor Newman (Eric Braeden) is the man who not only orchestrated Adam’s (as then played by Justin Hartley) break from the prison transport in August 2016, and then had a getaway plane for Chadam to fly off waiting.

Adam’s father is also the one who used his connections to have this ever woebegone son’s record cleared. As Y&R fans recalled, Adam beat a prison guard while hallucinating.

Sure, all longtime viewers know that Victor isn’t a cherry. He’s often been the pit, or the undesirable stem. But Victor is the person who is most responsible for rescuing him from Las Vegas, Nevada. Add how Adam is teasing Sharon Newman (Sharon Case) and this man’s return to Genoa City, Wisconsin, is filled with ungratefulness.

Y&R’s reverse SORAS’ing of Adam hasn’t taken him back to his childhood years. The man appears to be in his early 30’s, just like Grossman. As an adult who possesses free will, Adam is responsible for his own life.

Young And The Restless Spoilers – Anyone Would Be Thrown

It’s fair to offer this self-inflicted chap some due. He did urge Chloe to move on with her life, after taking full blame for what happened to Delia Abbott (Sophie Pollono). His tell about being haunted was also real.

A point must be made about Chelsea Boudreau (Melissa Claire Egan). Anyone would be thrown when learning that the love of his life remarried and that her husband, Calvin Boudreau (John Burke), adopted Connor Newman (Gunner and Ryder Gadbois).

But let’s counter the last two paragraphs with the visceral approach Adam is taking toward his only brother, Nick Newman (Joshua Morrow). Adam asks Nick to watch out for Connor just before heading to what he thought would be a long prison sentence in 2016, while also knowing that Christian Newman (Jude and Ozzy McGuigen) was not Nick’s biological child.

It was compassionate of that version of Adam (and Chelsea) to have protected Nick from further upheaval, as Sage Newman (Kelly Sullivan) died a short time prior. But to now be pressing court action, along with using Kevin Fisher (Greg Rikaart) to unearth dirty tricks that can be used against Nick is unconscionable.

And, fans can’t forget the Phyllis Summers (Michelle Stafford) angle. Originally pairing with her, while she was still being played by Gina Tognoni (Phyllis), Adam is attempting to neutralize Stafford’s Phyllis by allowing her to run Dark Horse. Whatever Phyllis’ knows about Chance Chancellor (John Driscoll) must be damaging.

Today on #YR, Nick and Adam are shocked by Chelsea's return and Phyllis is suspicious of Kevin. WATCH FULL EPISODE: https://t.co/PBKiTccxK1 pic.twitter.com/oirTyfZUh0

Buying Nick’s company’s debt and purposely inserting Phyllis as its head has nothing to do with being a good father. Adam wants control over a son he doesn’t even know, which fully ignores all the heartfelt effort Nick has made in raising Christian and offers no consolation for Nick’s feelings either.

Okay, the Newman’s aren’t a fully functioning family. But Adam, he’s his own worst enemy. That’s mostly why he’s suffering.