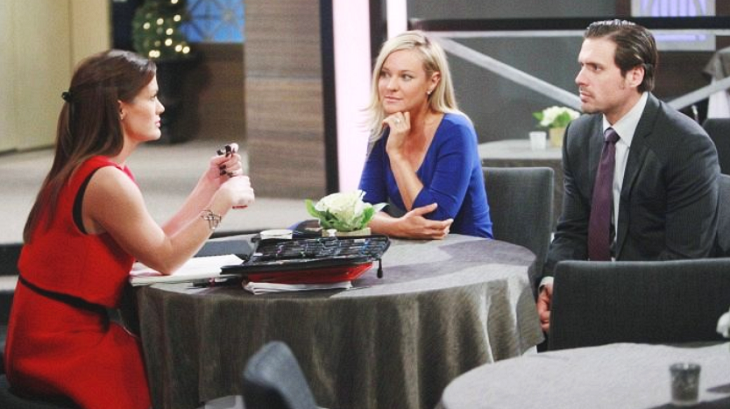 The Young and the Restless (Y&R) spoilers tease that Chelsea Newman’s (Melissa Claire Egan) return to Genoa City has stirred up some unresolved and raw emotions. Sharon Newman (Sharon Case) and Nick Newman (Joshua Morrow) admit that her return is bittersweet.

They have missed her but her departure from GC was something they still struggle with and they aren’t sure why she left in the manner she did. And, Nick still is upset by the way she revealed Christian Newman’s paternity to Sharon, in a letter she left when she was already gone.

Nick felt their history and what they shared deserved more than that. And, Chelsea doesn’t disagree. She told Nick on Tuesday’s show that the way she handled leaving him and Christian is something she will always regret.

Young And The Restless Spoilers – Will Never Get Over Him

Her speech to Nick seems to be opening the door for a possible romance once she is suddenly single again soon.

As for Sharon, she hasn’t been able to talk to Chelsea so they can clear the air yet. Viewers remember that before Chelsea left Genoa City, she knocked Sharon out and left town. She was close to Sharon, so her behavior was out of character. That’s when the Y&R viewers discovered that Chelsea was leaving town and had no plans to come back.

Young And The Restless Spoilers – Fans Puzzled By Attitude

The only part of the storyline fans are having trouble accepting is Chelsea’s sudden objection to Adam Newman (Mark Grossman). Before Adam’s supposed death in 2016, Chelsea was ready to leave everything behind to begin a new life. The Chelsea they knew would have dropped everything when she heard Adam was alive.

She wouldn’t have told him she didn’t love him anymore and keep him away from his son. So, Y&R fans assume that something will come out soon because Chelsea’s change in attitude is puzzling.