Young and the Restless Spoilers: Ruthless But Not Invincible – Victor’s Disease Impacts His Family 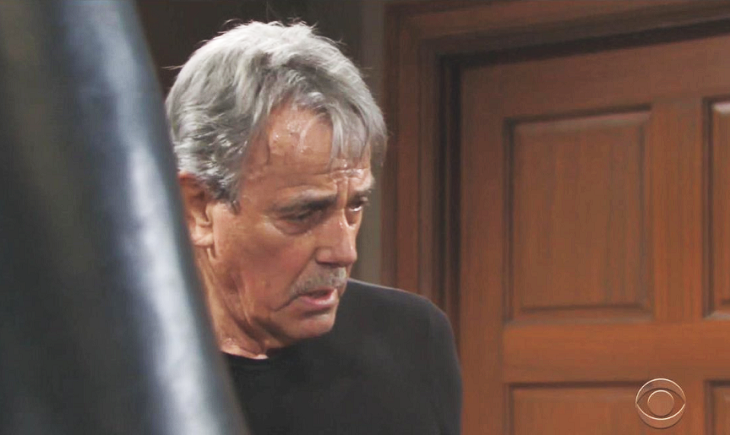 Victor Newman’s (Eric Braeden) rare blood disease diagnosis on ‘The Young and the Restless’ will increasingly impact this family. As the Newman’s deal with the effects of Victor’s disease, their lives will be tested as never before. Ruthless, yes. Invincible, no.

A wisp of the currently developing storyline was arguably seen last year when Y&R wrote Braeden’s character into deeply vulnerable territory. He was involved in a physically brutal confrontation with J.T. Hellstrom (Thad Luckinbill) that resulted in the ‘Black Knight’ falling backwards down the stairs at the Ranch and left for dead. That episode-ender visual ranks with Y&R’s best in many years.

Victor was later shown in the hospital, where J.T. tried to kill him by shutting off the machine the ‘Moustache’ was attached to. But, Victor didn’t die.

Nick Newman’s (Joshua Morrow) follow of that series of events, where he morphed into J.T. via a Hollywood movie style mask, reinforced that Victor was no longer the vibrant force he’d often been portrayed as. Y&R was writing Braeden’s iconic character in real time, as a male in his mature years who isn’t immortal.

In starting a storyline where Victor is diagnosed with a rare blood disease, the show’s current regime is furthering the development of this well-known character. It’s believable that any man is his late 70’s would hardly be the unmovable force of nature that he was in daytime glory days gone by.

Nick’s rapprochement with his dad was touching and also purposeful. Together with Vickie Newman (Amelia Heinle), they can defend Victor and his legacy from Adam Newman’s (Mark Grossman) debauchery.

Hopefully, Y&R will weave Abby Newman (Melissa Ordway) more into this arc as well. Victor’s youngest daughter is often given short shrift. She’s smart and fully supportive of family. Given a chance, Abby can be an effective ally in helping everyone to remain on a positive path as the family deals with Victor’s illness.

Finally, and not last by any means, Nikki Newman (Melody Thomas Scott) will stand strong. Victor has so often been there for her and thankfully, ‘Niktor’ enters this tense period in a good relationship space.