Big Brother 21 Spoilers: New HOH Jack Reveals His Nominations – Is Another Backdoor In The Works? 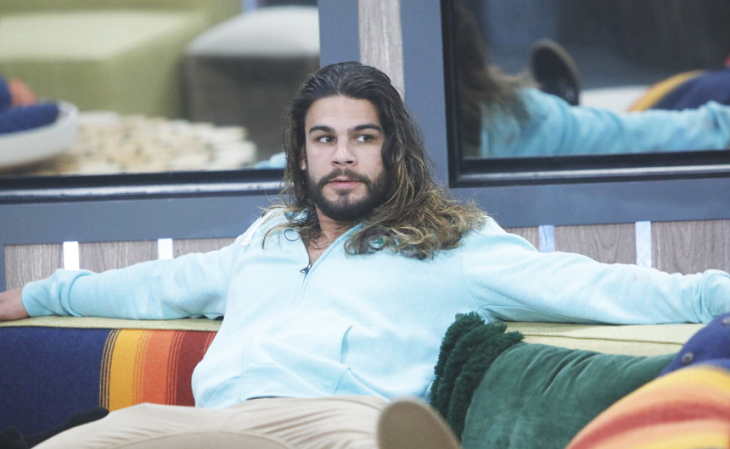 Jack was thrilled to have won the HOH last night, he went in the storage room to talk game with Jackson. He said he will put up Jess and Kemi, and he wants to backdoor Nick. Jackson reminded him that whoever he sends packing will go to Camp Comeback and have a chance to come back into the house.

Jack rethinks it; the last thing he wants is Ovi, David, and Nick to have a chance to come back in the house. Jack changes his mind, Kemi is the one that needs to go, they just need a pawn so he can backdoor her.

Nick is in a showmance with Bella, even though she has a roommate and boyfriend back home; like seriously, who does that? Nick and Bella sleep together every night, but during the day, they agree not to openly flaunt a connection.

Meanwhile, Analyse has been spending time with Nick, cuddling with him, and this has set off an evil trail of jealousy in Bella. She confronted Nick, who doesn’t like being questioned, and went to vent to Tommy.

Nick flies off the handle and says he is furious and not going to have Bella dictate what he does and doesn’t do. Tommy tries to calm him down and tells him that he has to cool down the drama because other houseguests are going to notice and it is going to ruin his game resulting in a target being put on his back.

Nick agrees, but says it is not his fault that the women are so damn good looking in the house! “I am not going to have someone continually badger me and get upset and f**king annoyed when I have a conversation with someone. I am sorry that the girls in here are good looking, that’s not my f**king fault.”

Big Brother 21 Spoilers – Target Has Been Painted On Nick

Honestly, these house guests have to wake up, – is a little booty more important than half a million dollars?

What Nick doesn’t know, is that he already has painted a target on his back. If it weren’t for him being a strong competitor, Jack would put him on the block and get him evicted. Reality is though that Kemi is going to be sent out of the house.

It all comes down to this moment. #BB21 pic.twitter.com/jFiu8Dm68w

Jack has been boiling over for a week and raging on how much he doesn’t like her, the feeling is mutual though, Kemi is having a hard time being nice to him, “I would rather fillet myself! Like fillet myself and then take an acid shower,” so it’s probably best to end her suffering and send her to Camp Comeback.

Who do you want to see evicted next, Kemi or Nick?