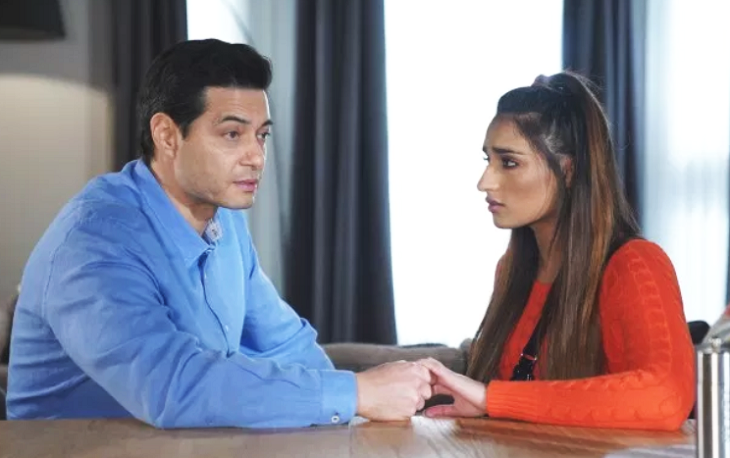 On EastEnders, Habiba Ahmed (Rukku Nahar) learned some devastating news about her lover, Adam Bateman (Stephen Rahman-Hughes). Viewers know that Habiba’s been pushing Adam to leave Honey Mitchell (Emma Barton) so they could have a proper relationship. But last night’s episode left her heart broken once again.

She was surprised when Adam shared some big news about his future. Habiba was devastated and her sister Iqra Ahmed (Priya Davdra) tried to reach out to console her.

As if that wasn’t enough disappointment, Habiba also learned that Mariam Ahmed (Indira Joshi) has been helping her find a suitable husband. Feeling hurt, Habiba agreed that maybe it is time for her to find a partner. What will Adam do when he finds out about it?

Last month, viewers may recall that Adam tried to end his affair with Habiba. It was the time when Honey was preparing to move in with him even after being told by Billy (Perry Fenwick) that her dentist boyfriend is cheating on her. But Honey simply dismissed Billy’s claims and thought that the father of her children was just jealous.

Now that Honey and her two children are living in her lover’s flat, what will she do now as she finds out that Honey is planning to propose to Adam? “EastEnders” spoilers revealed that Honey will decide to pop the question next week. However, things won’t go the way she planned.

Thanks to Billy, Mariam knows about Adam and Habiba’s affair. She is determined to find a suitable husband for Habiba, thinking that this will put an end to their relationship. Mariam wants everything to be perfect as they meet a potential partner for Habiba.

However, the meeting ends in a disaster. The pair is a perfect match but there’s no spark between the two. Although things didn’t work out well for Mariam, the failed meeting was a boon for Habiba as she finds Adam leering in jealousy.