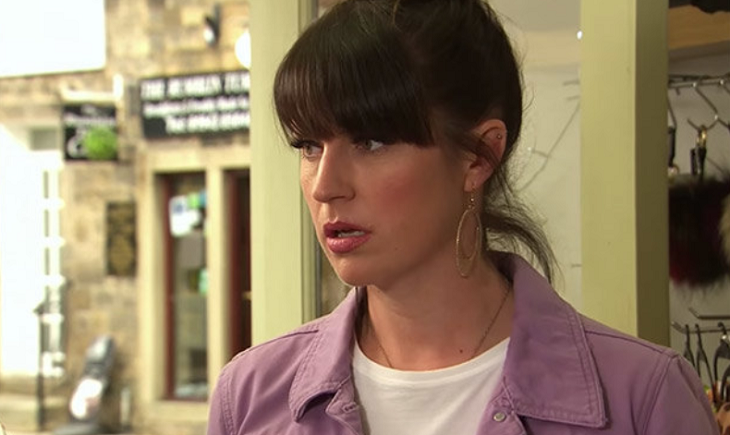 “Emmerdale” fans have seen a lot of flashback episodes for different characters in the show over the years. But if there’s one actor who would like to see her alter ego get a chance to step back in time – it’s Laura Norton, who plays Kerry Wyatt on the show.

“I think I’d love to see something come up from the past,” Norton told Digital Spy.  “A past event where even if you don’t get to see the other character, you get to find out what exactly has happened to her that makes her act so ridiculously. A flashback episode…

“If she fixes whatever it is that’s hurt her in the past, that will inevitably help her be a better friend and a better parent, and she’d make much better life decisions.” If the show’s writers do heed her request, then it’ll be an episode viewers would surely love to watch.

In the meantime, Kerry will have another major argument with Amy Wyatt. Amy (Natalie Ann Jamieson), Kerry (Laura Norton), and Tracy Metcalfe (Amy Walsh) tries to spend an afternoon together in peace. Unfortunately, things start to go sideways. Amy and Tracy struggle to go along, which causes the both of them to leave.

The failed get together leaves Kerry feeling rejected. Later, she’s seen chatting with Dan Spencer (Liam Fox), and she thinks he still likes her.

Because of this, she goes to the Woolpack to impress but ends up making an embarrassing scene that will cause her daughter Amy to turn her back on her.

“I think because whatever Amy’s experienced in the past, she’s come back with really high hopes that it is different this time. To be let down so quickly after coming back, it’s like, ‘I can’t believe you’ve done this to me’. So to protect herself, [Amy’s] walls just go straight up and Kerry’s like, ‘Uh-oh’,” Norton said.

“[Kerry’s] in a bit of denial I’d say… She can’t really see the disaster that she’s caused and she wants to quickly rectify it to make sure that the relationship stays intact.”

During the span of her career, Norton has appeared on TV, movies, and in theater productions. Her acting credits include “Wolfblood,” “Jesting About,” “Faith and Cold Reading,” “The Royal Today,” and “Tested.”